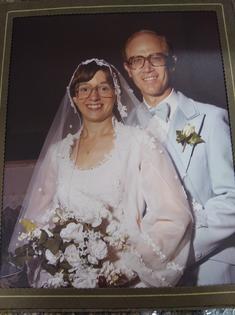 The New Haven Parks Department said in a Facebook post that the photo, which depicts a couple on their day of their wedding, has been in the department's lost-and-found office and officials are now hoping to reunite it with the couple.

"It was left behind after a rental two years ago and we just never found the owner," New Haven recreational director Angela Daniel told WANE-TV.

Daniel said officials believe there had been a few rentals in between when it was lost and when it was found, so the department does not know the exact date that it was left behind.

The 19-year-old friends were riding to work together recently and stopped at a ...Read More

(UPI) A group of about 100 hippos, who are descendants of hippos that were owned by late drug lord Pablo Escobar, have been recognized as legal persons in the U.S.

This marks the first time ever that non-human creatures ...Read More

(UPI) A Hong Kong tour company is offering a unique solution to help stressed-out passengers get some rest -- a five-hour bus ride to nowhere.

For those who find they get their most restful sleep to the sounds and motions...Read More

(UPI) A man walking on a beach in Scotland found a message in a bottle and discovered it was the second such message to travel across the Atlantic Ocean from the same man in Canada.