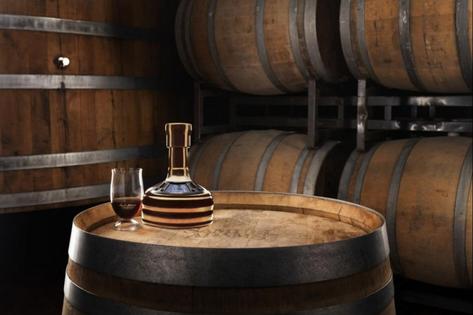 (UPI) The latest beer from Boston brewer Samuel Adams bears a piece tag of $240 per bottle and bears another notable distinction: it's illegal in 15 states.

Samuel Adams said the 12th version of the Utopias brand, which the brewery rolls out every two years, will roll out Oct. 11 at a price of $240 for 25.4-ounce bottle.

"We pioneered the barrel-aging and blending process of Utopias almost thirty years ago and continue that time-honored tradition today," Jim Koch, founder and brewer of Samuel Adams, said in a news release.

"Since the introduction of Utopias in 2002, brewers have explored uncharted territory with each brew, experimenting with different kinds of aging barrels, new flavors, and different blending techniques. The result is always special, spirited, and worth waiting form," he said.

Samuel Adams, the official beer of the Inspiration4 civilian tourism mission to space, said a Utopia bottle autographed by Koch and the mission's crew will be auctioned to benefit St. Jude Children's Research Hospital.

(UPI) A Michigan woman who allowed a store clerk to pick out her lottery tickets for her ended up winning a $1 million jackpot.

(UPI) A Newfoundland, Canada, couple faced with the problem of moving their dream home from its former location to their property ended up taking the direct route -- through more than half a mile of water.

Rebecca Weiss, an industrial design graduate from the University of Munich ...Read More

(UPI) A pair of Ohio farmers took their 2,164-pound green squash to a giant vegetable competition and walked away with a world record.

Todd and Donna Skinner, who have been growing pumpkins and squash for nearly 30 years,...Read More

(UPI) An animal rescuer responding to a California home where snakes were spotted under the house said he ended up rounding up nearly 100 rattlesnakes.

(UPI) A baby bison caused a stir in North Carolina when it escaped from its owner and was spotted wandering near a school.