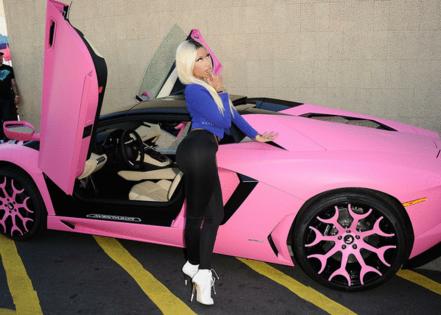 The most expensive car in the world as of 2019 was the Bugatti La Voiture Noire, ringing in at about $19 million. Soccer player and car collector Cristiano Ronaldo is the car's suspected owner. That astounding price tag was bested in May 2022 when a 1955 Mercedes-Benz 300 SLR Gullwing Uhlenhaut sold for $142.5 million to a private buyer. While that's a lot of millions for a single automobile, many other celebrities have garages full of multiple luxury vehicles.

CoPilot used its Price Pulse tool to compile a list of 10 cars driven by celebrities and their estimated current market values. If pricing information for the exact year of the celebrity car model wasn't available, the year used to calculate the price is indicated in the data.

Music artists and moguls Jay-Z and Beyoncé have at least 24 vehicles in their joint collection. Television host Jay Leno has a collection of 181 cars and 160 motorcycles worth an estimated $52 million.

It wasn't enough for many stars to buy an expensive car. They took it one step further and customized their vehicles to make them even more distinctive. Paris Hilton customized a pink Bentley GT Continental, Flo Rida chrome wrapped his Bugatti Veyron, and Ice-T personalized his Onyx-bodied Bentley. Some celebrities have taken the opposite approach and, in an attempt to avoid unwanted attention, opted for average-priced, standard models. Jennifer Lawrence, for example, drives a Volkswagen Eos, and Leonardo DiCaprio drives a Toyota Prius.

Read on to find out just how much the rich and famous are willing to spend to make their wheels stand out. 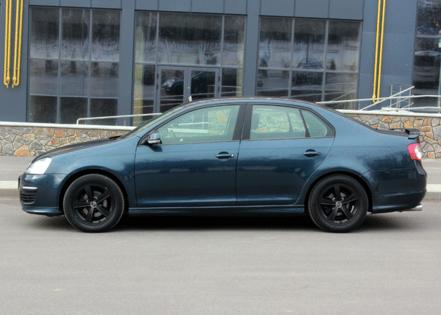 Despite having an estimated net worth of $250 million, Justin Timberlake drives a modest 2002 Volkswagen Jetta. He reportedly uses the car to commute and run errands while remaining under the radar of fans and paparazzi. The vehicle makes up for what it lacks in prestige in cargo space and engine power. It forgoes the hatchback that many other similar models have. Despite being most frequently spotted in the Jetta, Timberlake has a few more expensive cars in his garage, including a 2006 Bentley Continental GT. 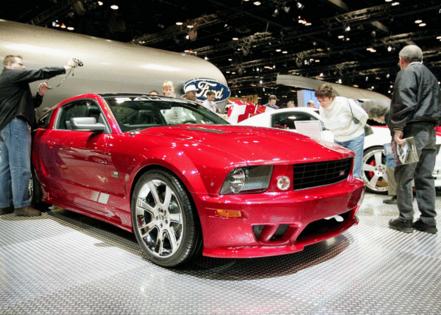 Cruise's S281 is recognizable thanks to its unique, bright orange hue. A five-speed manual gearbox operates it. True to Cruise's typically daring on-screen persona, the car can reach 60 mph in only 3.8 seconds. Cruise reportedly uses the vehicle to run everyday errands and transport. The car was once shipped from California to New Jersey in a single night, in time for Cruise to make appearances at premieres for "Mission Impossible III." 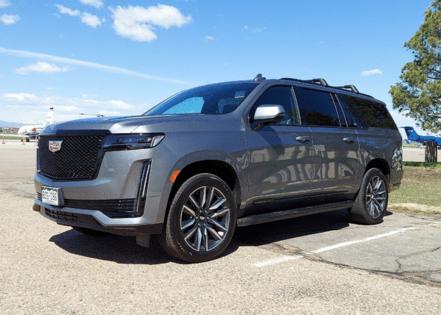 Beckham's 2015 Cadillac Escalade ESV is just the latest in several Escalades that the soccer player has driven, following previous sightings in at least two earlier models. His latest contains a 6.2-liter L86 V8 engine and an 8-speed automatic transmission. Beckham may soon find himself upgrading yet again since the 2018-2020 models include 10-speed Ford-GM automatic transmissions. His particular model is black with specialized black matte wheels. So far, this model hasn't fared as poorly as his past cars: He crashed a previous Escalade on the highway in 2011. 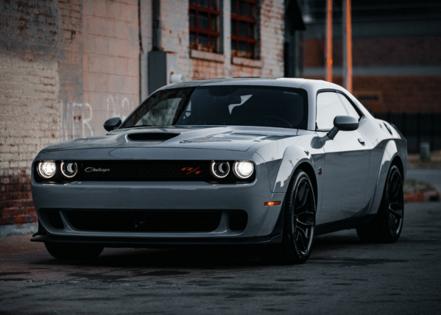 Adam Sandler keeps a lower-key Dodge Challenger in his collection for running daily errands. A muscle coupe, the Dodge Challenger features all-wheel drive on a 6.2-liter V8 engine with 808 horsepower. Sandler appears to be still driving the model. In addition to his Challenger, Sandler has several more expensive cars, including a Ferrari 488 Pista, Lincoln Navigator, Cadillac Escalade, Cadillac DTS, and Lexus LS 460. 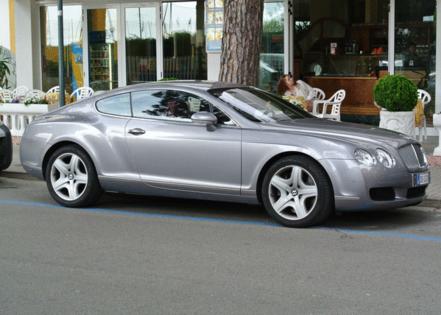 Ice-T made significant customizations to his Bentley, including painting it "murder red," adding black accents, and installing black Onyx wheels. Despite the work put in to alter it to his liking, in 2020, the rapper-actor sold the car. He had recently acquired a newer 2020 Bentley Continental GT and called it "ostentatious to have two Bentleys." It is unclear who owns the car now. Ice-T also owns a Rolls-Royce Ghost, a Land Rover Range Rover SVR, and a Mercedes SL 65 AMG Widebody. 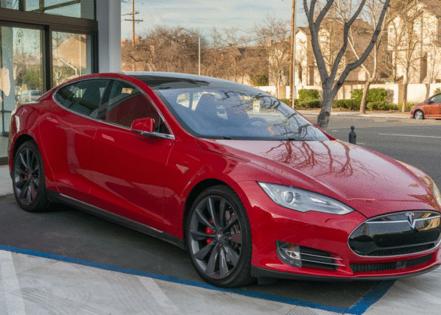 Matt Damon acquired his Tesla S in 2015, following a pattern of fondness for cars from the electric vehicle manufacturer. He previously owned a Tesla Roadster, being one of the first celebrities to drive a Tesla. The Model S boasts a top speed of 200 mph, with the ability to go from 0 to 60 mph in 1.99 seconds. It also offers flashy add-ons, including a 22-speaker audio system, noise-canceling microphones, and a 17-inch touchscreen. As of 2015, Damon still owns the car, even letting his daughter Alexia Barroso take it for a spin from time to time. 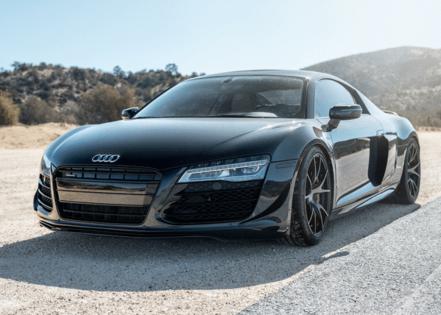 Lady Gaga drives a silver and black Audi R8, which is on the higher end for the general public but not too pricey for a celebrity of her caliber. This Audi model is rare, as Audi produced only 333 of them. As Gaga started driving hers in 2012, she might have upgraded to another vehicle by now. Gaga also owns classic cars, including a Ford Bronco and a Mercedes. 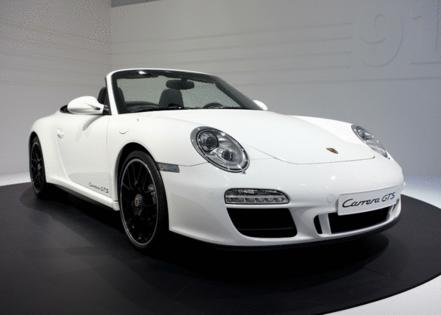 Jennifer Lopez originally received this car as a 50th birthday gift from her now ex-fiance Alex Rodriguez. Lopez said getting behind the wheel of her Cabriolet marked the first time she had driven in 25 years. The two-door car has a six-cylinder engine and can reach up to 192 mph.

It's unclear whether or not she still owns the car. It was spotted in the background of an August 2021 Instagram post on Rodriguez's account, leading to speculation that the bright red car is back with him. 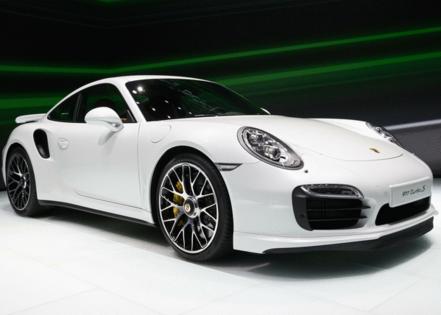 In 2012, Rihanna's record label, Jay-Z's Roc Nation, gifted the singer a Porsche to celebrate her signing a management deal with them. It was the second model she owned, previously driving a Porsche 997 Turbo, featured in her 2008 music video "Take a Bow." It wasn't the first time Rihanna was gifted an expensive car: Ex-boyfriend Chris Brown also gave her an orange Lamborghini Aventador as an olive branch after a 2009 fight.

The Porsche 911 has consistently been ranked one of the top sports cars on the market. The singer showed off her new wheels on Instagram and Twitter. 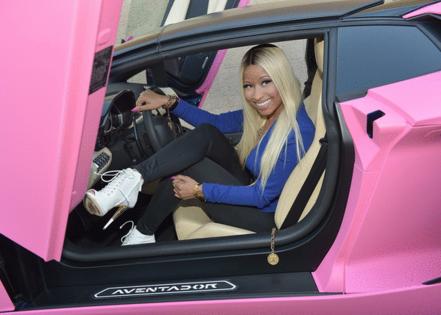 Many fans will recognize Nicki Minaj's Lamborghini thanks to its distinct, custom, bright-pink color. The car is often used in public appearances, and music videos, including "We Go Up." The model has customized Forgiato wheels and holographic accents. It can reach 62 mph in 2.9 seconds thanks to a 6.5-liter V12 engine. Whether Minaj owns the car or uses it for promotional purposes is unconfirmed.

This story originally appeared on CoPilot and was produced and distributed in partnership with Stacker Studio.