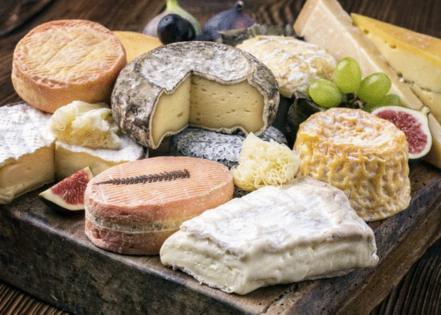 Cheese has been around for a very long time. Though its exact origins are a bit hazy, it was been found in the tomb of an influential ancient Egyptian that dates back as many as 3,200 years ago. While it is impossible to pinpoint a specific date, it is believed that cheese was actually created by accident. This versatile, beloved food is thought to have been discovered when a traveler left milk in a pouch made of sheep’s stomach and didn’t discover the forgotten drink until it had curdled. No matter its history, cheese has remained a popular food that can be paired with fruit, meats, and wines.

And what’s not to love? Except perhaps for the smell. Many of the world’s finest and most flavorful cheeses stink. Whether it resembles body odor or gym socks, some cheeses give off as powerful a smell as they do a flavor. But what makes cheese stink? The aging process is moist, salty, and warm, creating an optimal environment for the growth of bacteria. Brevibacterium linens (also called B. linens) are the bacteria that are most responsible for the stink. This type of bacteria breaks down protein on the cheese’s outer layer, or rind, and releases smelly gases.

To give you a better idea of which cheeses are the greatest olfactory offenders, Stacker compiled a list of 10 of the smelliest cheeses in the world, being sure to note why they stink, using information found on food and farming sites.

These cheeses come from various points in history and regions around the world. They are made of cow, goat, and sheep’s milk. They are washed, aged, and wrapped. They are shaped like everything from a square to a cone. While they smell bad, they taste great.

So plug your nose and get ready to join Stacker for the smelliest cheeses in the world. 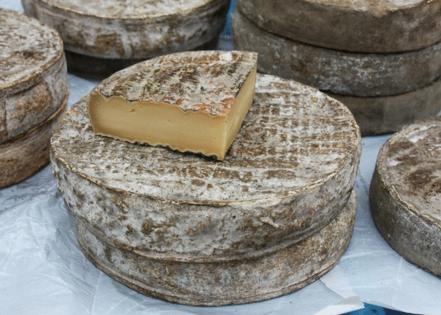 Semi-soft, pasteurized, and spreadable, Bossa has a meaty flavor with flora undertones. Produced by Green Dirt Farm in Missouri, Bossa is one of the only washed-rind sheep’s milk cheeses in the United States. This smelly cheese stinks because it is a washed-rind cheese, and this type of cheese often has a pungent aroma. Bossa is allowed to age for five weeks, and it is during this process that the wheels are turned and frequently washed in a brine solution. This creamy cheese pairs well with sparkling and dessert wines, tomato chutney, hoppy beers, and fruit compotes. 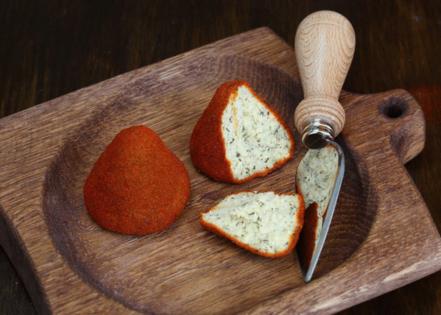 Named after the village Avesnes on the French-Belgian border where it was originally produced, Boulette d’Avesnes is a fresh, soft cow’s milk cheese. Made from Maroilles or buttermilk, and flavored with cloves, parsley, tarragon, and pepper, Boulette d’Avesnes is molded into a cone by hand and then either covered with paprika or dyed with annatto. This rind-washed cheese has a spicy flavor that pairs well with red wine or a French-Belgian beer. Boulette d’Avesnes dates back to the 16th century, and it reeks not only because it is a washed-rind cheese but also because it was often made from leftover cheeses that had been left to dry out for a month, and it is washed in beer and left to age in a basement for three months. 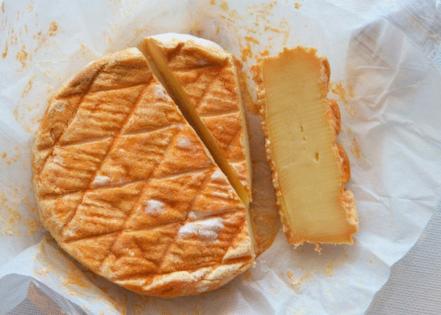 Good Thunder is a square, semi-hard, smear-ripened, washed-rind cheese produced by Alemar Cheese Company in Mankato, Minnesota. For three weeks, it is washed in an oatmeal brown ale from Surly Brewing Company. The Brevibacterium linens cultures give Good Thunder its distinctive stink and its orange rind. Ripened and refrigerated for several more weeks before being wrapped, its aroma becomes more pungent as it ages. This creamy and dense cheese pairs well with brown ales and ciders. 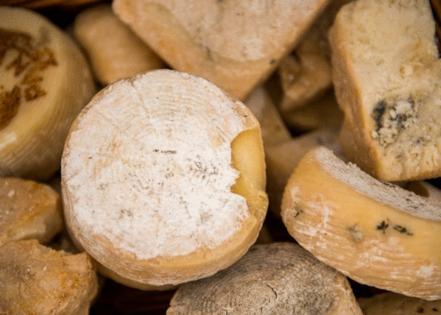 Hooligan is a ripe, washed-rind cheese produced at Cato Corner Farm in Connecticut from Brown Swiss and Jersey cow’s milk. This strong-smelling cheese is aged for about 60-75 days. Hooligan has a savory, nutty flavor similar to French Muenster. The cheese gets its aroma from a twice-weekly brine bath, which causes pungent bacteria and yeast to grow. Pair this cheese with sweet white wine, Zinfandel, or Belgian-style ale. With its slightly firm center, Hooligan also melts well, making it the perfect cheese for toasting. 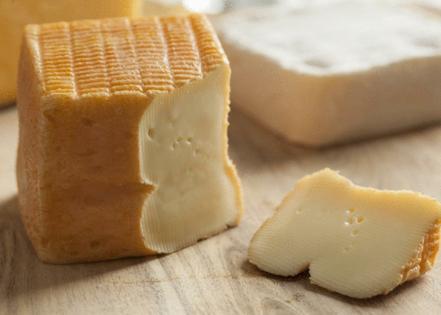 Limburger cheese had its beginnings in the historical Duchy of Limburg, an area of land that spans modern-day Belgium, Germany, and the Netherlands. After it ages for three months, this semi-soft, smear-ripened cheese begins to stink due to Brevibacterium linens, a bacterium that is not only used to ferment smear-ripened cheeses but that is also found on human skin. This bacterium is responsible for foot and body odor. While the aroma is strong, Limburger has a mild mushroom and grassy taste. Covered by an orange-brown rind, the cheese’s interior is a soft, straw-colored pate. 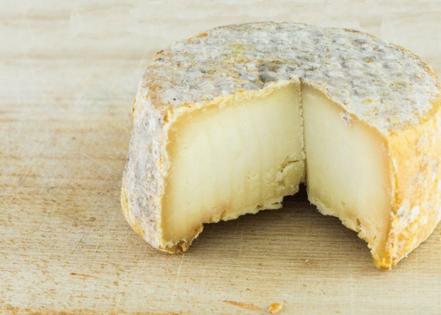 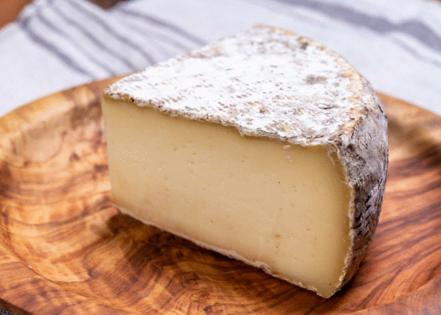 This washed-rind goat cheese was created in Indiana by Capriole. The farm uses its own goats to produce the milk to make this semi-hard, supple cheese. With a buttery inside, Mont St. Francis Goat Cheese has a pungent aroma, as most washed-rind cheeses do, which SFGATE.com describes as “aged beef and barnyard.” First made in 1994, the cheese was named for a local Franciscan retreat. Mont St. Francis pairs well with sweet fig spreads and cured pickles and meats. 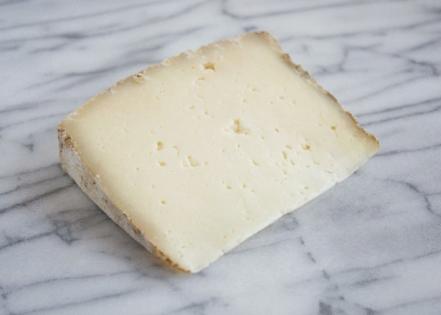 Another smelly, washed-rind cheese, Off Kilter is produced by Mt. Townsend Creamery in Port Townsend, Washington. This semi-soft cheese, made from pasteurized cow’s milk, is washed in the Pike Brewing Company’s Kilt Lifter scotch ale. According to Cheese.com, it’s classified as a French-style tomme and boasts a malty, earthy finish. With a thick consistency on the cheese’s interior, Off Kilter is dotted with small holes or eyes. Initially, the cheese has a tart flavor, which eventually becomes nutty with age. 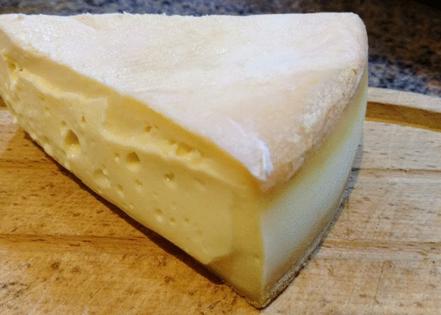 This intensely flavored cheese is washed in perry (a pear cider) while it ripens. Produced in Gloucestershire in the U.K., the Stinking Bishop has a rind so flavorful that it has to be removed to eat the interior paste. The strong-smelling cheese has been compared to decomposing flowers and wet hay. Produced by Charles Martell and Son since 1972, this washed-rind cheese pairs well with a pear-flavored liqueur or a dessert cider. The cheese has an interesting history involving a farmer with a foul attitude, as reported by Gastro Obscura, and has received an award for being the smelliest cheese in Britain. 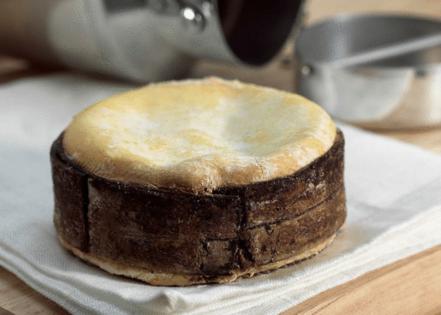 This semi-soft Swiss cheese from the Bulle, Fribourg, and Jura regions of Switzerland has a straw-colored interior with a buttery texture. This hard-to-find cheese is only produced by a limited number of artisanal cheesemakers. Vacherin Fribourgeois bears the coveted Swiss AOP seal and is available in six different varieties, including Classic, Extra, Rustic, Alpage, Mountain, and Organic, each having aged for a certain amount of time. Used as a table cheese, in fondues, or simply for cooking, this washed-rind cheese has a nutty flavor and, naturally, a stinky aroma.

The October 2021 death of cinematographer Halyna Hutchins on the set of the film “Rust” has focused industry and public attention on the safety of film sets.

There are many risks involved in a film’s production ...Read More

In 1975, when “Saturday Night Live” first hit the airwaves, the term “fake news” had a totally different connotation than it does today. Rather than being a politicized term used to discredit information you don�...Read More