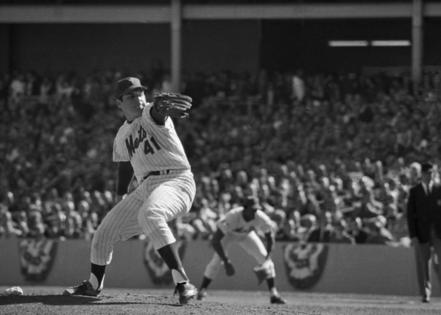 The 10 most dominant teams in MLB postseason history

Baseball is a thoughtful sport marked by a storied history, long seasons, plenty of statistics, and a roster of teams that has grown steadily over time. That has caused some major changes in how the Major League Baseball postseason is structured. For this list of most successful MLB postseason teams, we’ve accounted for the team’s full record, including both regular and postseason games. For some teams, that includes the relatively new division series. For others, it includes only the league championship series and the World Series.

The league’s divisions, teams, and postseason format aren’t the only changes in baseball when these great teams played. The oldest team on the list dates to 1969, the year when both the pitcher’s mound and strike zone shrank to cut down on the dominance of major league pitching. That was also the first year of postseason divisional play. In other seasons, the instant replay was introduced and the number of teams jumped to the current 30.

BestOdds.com calculated the most successful postseason teams of all time in MLB, using data from 100-plus years of Major League Baseball. To calculate the most dominant team, teams that won at least seven games in the postseason (every MLB season after 1968 qualifies) are ranked according to their postseason winning percentage, with ties broken by the team with the most wins during the regular season.

Read on for the 10 most dominant MLB teams in postseason history. 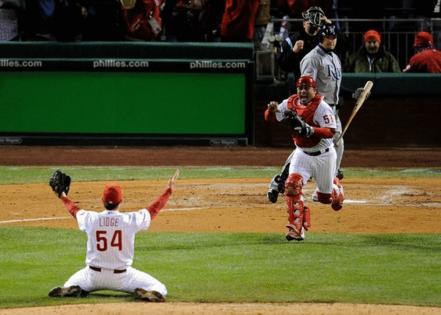 The Phillies finished the 2008 season with a record of just 92-70, by far the lowest number of regular season wins on this list, so expectations for the postseason were low. They first faced the Milwaukee Brewers for the division title, losing just one game. After that, they won the NLCS in just five games against the L.A. Dodgers. Finally, they faced the Tampa Bay Rays, which had just shed the “Devil” from their name. Maybe it was a mistake as the Phillies took the World Series in five games. Cole Hamels was named MVP as he went undefeated in the postseason, notching a 1.80 ERA. 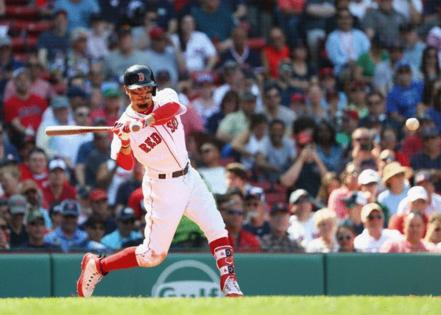 The Red Sox boasted a 2018 regular season record of 108-54, a new franchise record for wins that ousted the old record of 105 that had stood for over a century. They were nearly as dominant in the postseason. First, they faced the Yankees in the ALDS. They had finished a comfortable eight games ahead of the Yankees during the regular season and vanquished the Yanks three games to one. Next, they beat the Houston Astros in the ALCS and then the L.A. Dodgers in the World Series, each time in five games, cementing their status as the year’s best team. Game 5 winner David Price was the Series MVP. 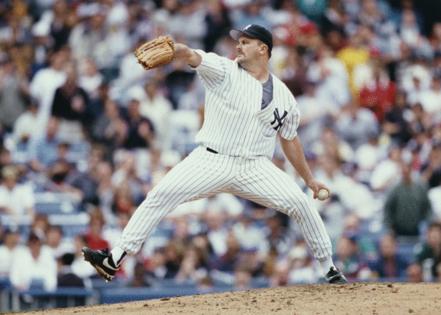 The 1998 New York Yankees won the most regular-season and postseason games in MLB history with 125 total wins and just 50 losses. Among those wins, 114 came during the regular season, putting the Yankees a comfortable 12 games ahead of the divisional runner-up Boston Red Sox. In the postseason, the Yankees first swept the Texas Rangers for the ALDS title. After that, they faced a bigger challenge from the Cleveland Indians, which took two games to the Yankees’ eventual four. In the World Series, the Yankees faced the San Diego Padres. Bernie Williams and Derek Jeter led the team on offense; Andy Pettitte’s Game 4 shutout clinched the World Series title. 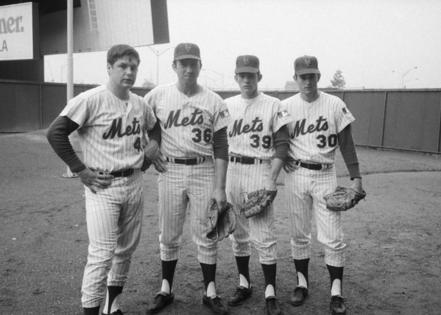 It’s hard to remember now, but the Mets was a young team when they won the World Series in 1969. That year, the National League East was also new. Huge changes shifted the balance of power across the major leagues. The mound was lowered five inches to reduce the dominance of pitchers, and the strike zone was narrowed so that it only stretched from the armpit to the top of the batter’s knees. The changes seemed to serve the “Miracle Mets” well as they shocked the nation by sweeping the Atlanta Braves in the NLCS and then taking four of five games from the Baltimore Orioles in the World Series. First baseman Donn Clendenon was named MVP for his Series batting average of .357. 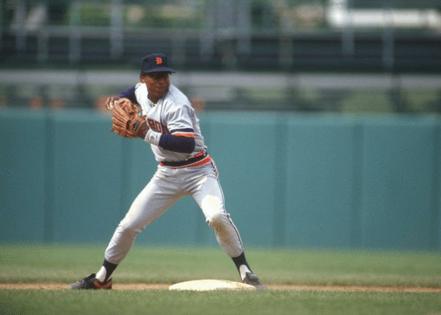 To date, 1984 was the last time the Detroit Tigers won the World Series. First, the Tigers swept the Kansas City Royals in the ALCS. After that, they took the World Series over the San Diego Padres, losing just one of the five games. The team’s roster included relief pitcher Willie Hernandez, who won that year’s Cy Young Award, and Gold Glove shortstop Alan Trammell, who earned World Series MVP honors by batting .450 in the Series. The team was managed by the legendary Sparky Anderson. 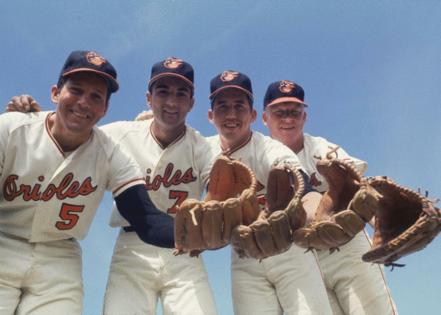 The 1970 Baltimore Orioles dominated the newly created American League East. During regular season play, they finished an astonishing 15 games ahead of the New York Yankees on the strength of 108 wins. At the time, the ALCS was best-of-five, and the Orioles swept the Minnesota Twins in three games. After that, they steamrolled the Cincinnati Reds in the World Series in just five games. The team included first-ballot Hall of Fame third baseman Brooks Robinson, who played for the Orioles for 23 years, a Major League record for players who played for only one team in their career. 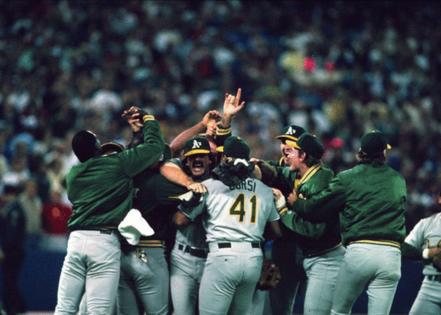 By winning 99 games, the 1989 Oakland A’s finished a comfortable seven games ahead of the American League Western division’s runner-up Kansas City Royals. The A’s then beat the Toronto Blue Jays for the ALCS title in just five games, which included their only postseason loss. From there, they had the enviable job of sweeping their Bay Area rivals, the San Francisco Giants, in the World Series, which will forever be known as the Quake Series because a major earthquake (killing 63 people) struck the Bay Area minutes before the start of Game 3. (The Series was postponed by 10 days.) The lineup included all-time greats Rickey Henderson, Jose Canseco, and Mark McGwire, although Canseco and McGwire were later implicated in steroid scandals. Pitcher Dave Stewart was that year’s World Series MVP. 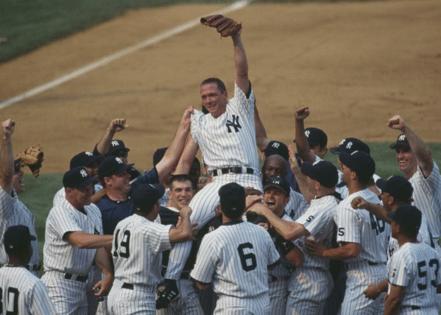 In 1999, the Yankees won 98 games to squeak past the archrival Boston Red Sox by just four games to win the American League East. That accomplishment came despite winning just four of their 12 regular-season games against the Red Sox. The Yankees swept the Texas Rangers for the division title, winning three games in a row. After that, they faced the Red Sox again in the ALCS, winning four of the five games—and notching their only postseason loss. From there, they swept the Atlanta Braves in a four-game World Series, thanks largely to the brilliant play of shortstop Derek Jeter (that year’s hits leader) and World Series MVP Mariano Rivera, their “lights out” closer. 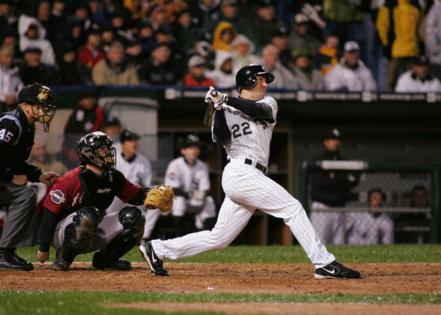 In 2005, it had been 88 years since the White Sox won the World Series, marking one of the longest championship droughts on record. They dominated the American League Central all season with a 99-63 record and swept the defending champion Boston Red Sox in three games in the American League Division Series. From there, the White Sox won the ALCS against the Angels, though the Anaheim team did hand Chicago their only postseason loss. Finally, the White Sox swept the World Series over the Houston Astros. With stars such as Paul Konerko, whose five home runs and 15 RBIs—White Sox postseason records—and the brilliance of manager Ozzie Guillen, their success was no surprise. 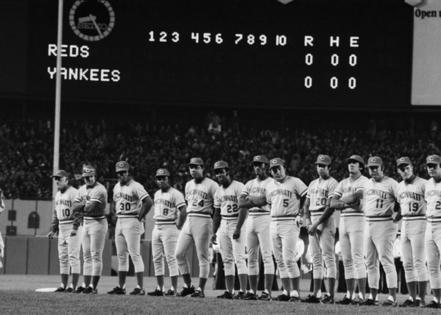 In 1976, the Cincinnati Reds swept the National League Championship Series (NLCS) and then the World Series for a total of seven postseason wins and no losses. That was after their runaway dominance of the NL West all season as their record ended up at 102-60. One of the most notable members of this powerful lineup was the not-yet-disgraced Pete Rose. Others included Johnny Bench, Joe Morgan, Tony Perez, and Ken Griffey Sr. It was the Reds’ second World Series victory in a row.

This story originally appeared on BestOdds.com and was produced and distributed in partnership with Stacker Studio.

For children of the 1980s, buying toys wasn’t as simple as the click of the mouse. It usually required hours of begging your parents, who then had to venture to the toy store and hope they still had it in stock.

With domestic and international travel finally opening up again as COVID-19 restrictions have begun to loosen, many of us find ourselves itching to go somewhere new after nearly two years spent inside. The World Travel & ...Read More

Your yearly flu vaccine protects you and those around you from the influenza virus, which could be deadly. You shouldn't get vaccinated too early, or your immunity may be reduced by the time the flu virus starts ...Read More

Cheese has been around for a very long time. Though its exact origins are a bit hazy, it was been found in the tomb of an influential ancient Egyptian that dates back as many as 3,200 years ago. While it is impossible to ...Read More