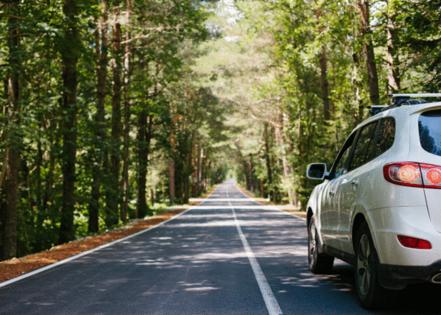 10 commonly leased vehicles that can be sold for a profit

In 2020, about 15 million cars were sold in the United States. Most Americans bought their new vehicles outright, but about one of every four vehicles were sold via a lease option. Leases allow buyers to drive a car for some contracted time frame—most often three years—while they make monthly payments until the lease expiration date. It’s an arrangement with several advantages, especially for the foreseeable future, despite the bounce back in the economy.

One: Depreciation. The moment new car owners drive their cars off a lot, they’ve already lost value. For those who lease, however, the leaser absorbs that depreciation.

To see how well leased vehicles fare in the market, CoPilot looked at its database of new and used vehicle sales to determine the average price of the top-10 most commonly leased vehicles, as ranked by Experian’s Q1 2021 State of the Auto Finance Market report. Each vehicle has three prices listed for it: the price for 2021 models, 2018–20 models that are nearly new, and 2014–17 models that are pre-owned. CoPilot’s data is current as of Aug. 10, 2021. 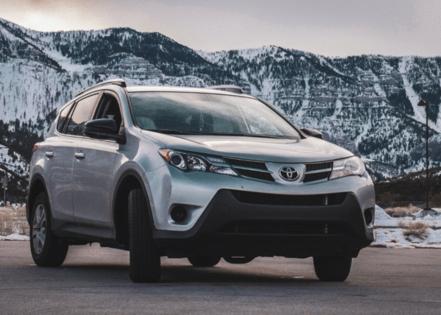 As the very first compact crossover SUV sold in the United States, this four-wheel drive Toyota RAV4— Recreational Activity Vehicle—has been popular since its 1996 North America debut. The 2021s have a crowd-pleasing appearance, offer a wide range of customizations, have all-wheel-drive systems, and have a performance plug-in hybrid—all of which put it at “the vanguard of efficiency and utility.” 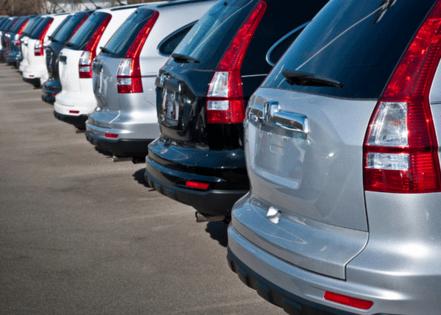 The Honda CR-V sports ample space for both passengers and cargo, a refined cabin, and an efficient turbocharged engine. There’s also the Honda Sensing suite of driver assists. The 2020 CR-V won the Kelley Blue Book best buy award in its segment and though there were a few additions to the 2021, there was no redesign. U.S. News & World Report declared it the winner of its 2021 best compact SUV for the money award and a finalist for its 2021 best compact SUV for families award. “Ultimately,” summed up Joe Santos of MotorBiscuit.com, “the reason the Honda CR-V has been so popular throughout the years is that it’s one of the best all-around performers that you can buy on the new and used market. It has enough room for five adults and all their stuff, enough power and fuel efficiency to get you wherever you need to go, and the reliability to ensure that it lasts for years to come.” 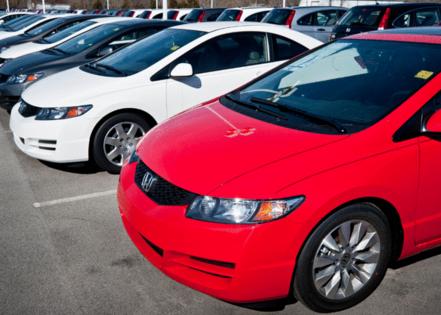 The 2021 Honda Civic comes in three different body styles and remains as popular today as it was when it debuted in 1972. This 10th generation model has been on the market since 2016, but there should be an 11th generation coming out in 2022. Motor Trend gave it high marks for its packaging, value, safety, and efficiency. It has roomy seating, extra trunk space in the hatchback, up to 42 miles per gallon highway, and has optimistic resale value. 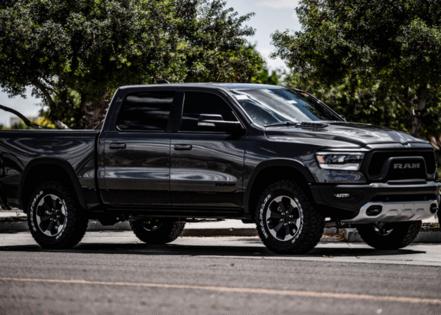 In U.S. News & World Report’s full-size pickup truck rankings, the Ram 1500 finished at the top of the list, and the report described it as having “almost no flaws,” and said it is “powerful and capable, with a smooth ride and a top-notch interior.” The inside features two rows of seating for adults and the infotainment system is easy to navigate. According to Car and Driver, “The Ram 1500’s unmatched luxury transcends traditional pickups without compromising its capability.” And the Ram also has a loyal customer base. HotCars.com reports, “Ram trucks have shown that pickups can be more than no-frills powerful road monsters, carrying more tech features in them.” 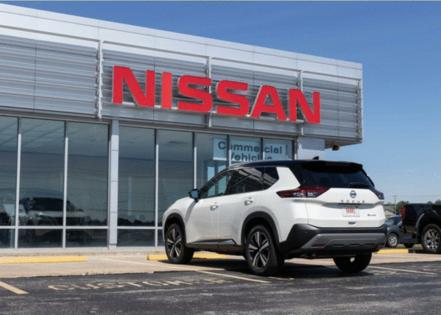 The inside of the Nissan Rogue boasts cargo space, and the Rogue handles well and gets 35 miles to the gallon highway. Plus, there’s a six-way manually adjustable driver’s seat, four-way adjustable seat for the passenger, and an 8-inch touch-screen infotainment system that includes Apple CarPlay, two USB ports, Bluetooth, satellite radio, and Android Auto. When Nissan launched the Rogue in 2007, the response was hardly overwhelming. But the Force was with them: When Disney announced in 2015 that the next Star Wars spinoff would be titled Rogue One, sales shot up. By 2017, 400,000 Rogues were driving off the lot each year in the United States, and another 40,000 joining them in Canada. 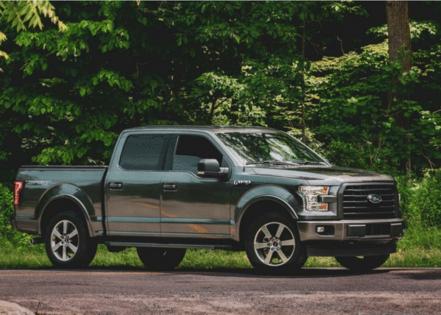 The F-150 continues to bring the power: a 290-horsepower 3.3-liter V6 engine, 10-speed automatic transmission, and rear-wheel drive. But that’s not why it’s still the most popular motor vehicle of all time since its introduction in 1948. Long a utilitarian workhorse, the F-150 blends power with comfort, and the 2021 model is no exception. In addition to the new max recline seats that go all the way back, standard features include cloth upholstery, a SYNC 4 infotainment system with an 8-inch touch screen, Apple CarPlay, USB ports, Bluetooth, Android Auto, and a Wi-Fi hot spot. It’s also the first pickup truck to go big on aluminum construction, a switch that has reduced its curb weight by some 700 pounds. All of this has made it the bestselling pickup truck for more than 40 years and the bestselling vehicle in the United States for more than 30. 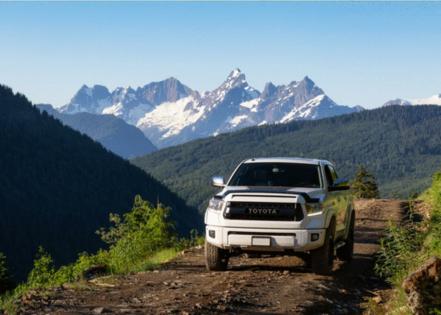 The 2021 Toyota Tacoma has a user-friendly infotainment system, and it has a deserved reputation as a great off-road truck. The 3.6-liter V-6 engine outputs up to 278 horsepower, and when combined with a six-speed automatic transmission, the powertrain pulls up to 6,400 pounds. Each model also has four-wheel drive capabilities, and the interior has three USB ports, a remote keyless entry system, and front dual-zone automatic climate control. The Tacoma is both durable and dependable, with room to accessorize, and it boasts great resale value. According to CashCarsBuyer.com, “This Toyota’s ability to withstand damage, wear, and pressure, as well as its tough construction, have been proven to survive whatever you ask of it.” 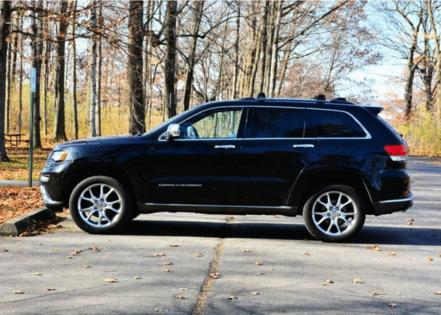 The Jeep Grand Cherokee has off-road capability, a powerful engine, and an infotainment system that’s simple and comprehensive. Since it won MotorTrend’s truck of the year competition in 1993, just a year after its debut, the Grand Cherokee has stuck to a solid ethos: “Offer more luxury than the domestic mass-market brands, price it below the foreign competition, and offer different four-wheel-drive systems.” The 2021 model comes in a long wheelbase form and has three rows of seats. 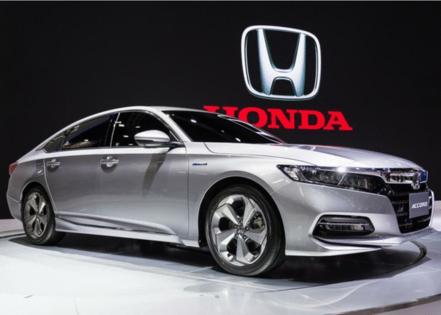 The Honda Accord is a popular 4-door sedan that comes in either a gas or hybrid engine and in a variety of price ranges. It handles well, has a powertrain with some zip to it, and a spacious interior with a user-friendly infotainment system. It’s as accommodating to singles and couples as it is to families: roomy enough in the back to fit either two adults or two or three child seats. 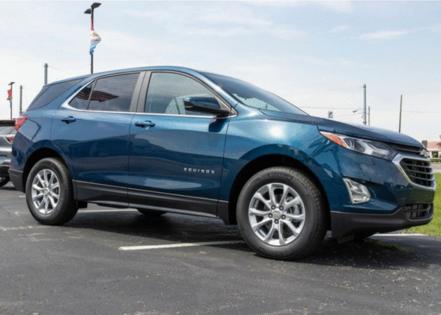 The Chevrolet Equinox is “GM’s hit SUV offering,” according to Forbes, and “addresses a tempting sweet spot for Americans at the intersection of style, functionality, and price.” It’s about as solid a vehicle as there is, with U.S. News and World Report calling it a “straightforward crossover” with the bonus of passenger space and up-to-date safety technology. It’s also priced to be well within reach of most American car-buying households.

This story originally appeared on CoPilot and was produced and distributed in partnership with Stacker Studio.

Home prices have skyrocketed since 2020 thanks to younger homeowners entering the market, more employees working from home, and record-low mortgage rates.

This increase in home value has led many homeowners to sell—...Read More

It may seem evident that businesses would thrive as the economy thrives and struggle as it struggles, but that may be true if the path to owning a business was equal across every race. No one understands this disparity ...Read More

Ask anyone to name a famous artist and you’ll probably hear the same names repeated over and over again: Da Vinci, Picasso, Monet, Degas … the list goes on and on. What you’re not likely to hear? A woman’s name.

While we all cheer for classic heroes like Superman, Spiderman, Thor, and so on—but it's the characters with steeper development arcs, more conflicted motives and backstories, and questionable ethics that tend to stick ...Read More

From the glitz and gold hues of 1920s art deco to the pink porcelain of 1980s bathrooms, interior design has run the gamut from bold to modest and back again over the last century. Design’s influence from each time ...Read More