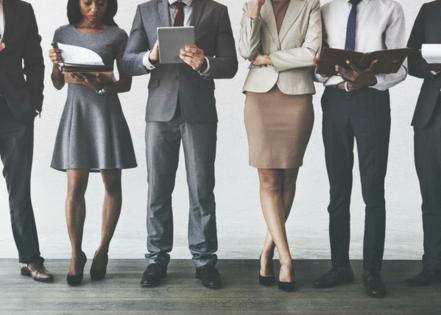 The gender pay gap is consistently in the news—yet the problem is not being readily resolved.

But there are other groups in the United States’ working world who are less likely to see stories about their lower pay rates. Most people know women and nonbinary individuals overall earn less than their white male colleagues, but mothers earn even less than women without children. Other reasons some groups see fewer dollars in their bank accounts include age and disability, or they are part of racial minority groups or the LGBTQ+ community.

The differential between pay awarded to white males versus other workers is getting smaller in some instances, but the gap between wages paid to Caucasian men and both Black men and women has actually worsened in the past two decades, according to one reportfrom the Economic Policy Institute.

Continue reading to learn why these inequities exist, and ways that employers, human resource professionals, and advocates are trying to eliminate the differences via policy reform, litigation, and other tools. 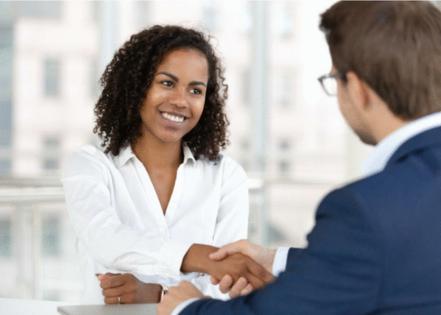 Studies show women are still being compensated 20% or more less than men with similar education, experience, and qualifications. The Equal Pay Day campaign was established by a consortium of advocacy organizations against the gender gap in wages. It demonstrates how many more days women work to catch up with men’s earnings from the previous year. For Asian American and Pacific Islander women, the date in 2021 was March 9. For all women, the date was March 24. Women who are mothers work until May 5 to earn as much as male colleagues. And Black, Native and Latina women work monthslonger—until Aug. 3, Sept. 8, and Oct. 21, respectively—before their bank accounts show an equal number. Policy changes, litigation and outreach are some of the ways that advocates for worker and social justice are closing the gap. 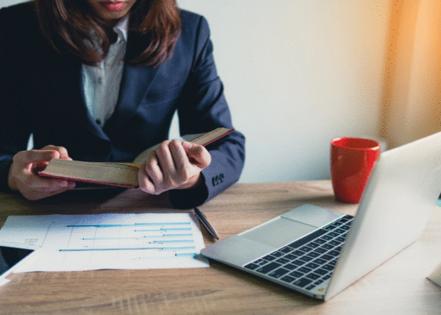 Women with children work more than five months longer than male colleagues to earn as much: This is called the “motherhood penalty.” But it turns out work environments contribute to this inequity. When working mothers have more autonomy, they also earn more. One executive from Techstars, a startup accelerator, suggests we have learned from the pandemic and question whether commutes are really necessary, shifting the focus to outcomes rather than “seat” time. These changes would benefit not only mothers who are juggling work and family responsibilities, but also the entire workforce. 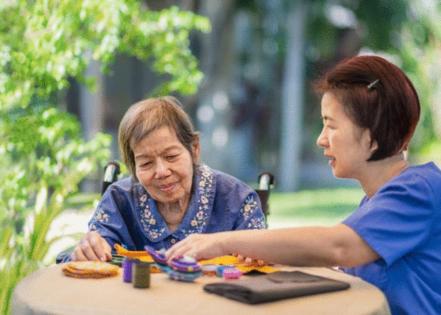 Even though the 1967 legislation was designed to protect workers 40 and over from discrimination in the workplace, the Age Discrimination in Employment Act hasn’t stopped employers from treating older workers differently. Companies that are desperate to cut costs, especially during economic downturns, increasingly turn to younger, less-experienced workers who will work for lower wages. Rising unemployment directly correlates with the trend to fire more-experienced older workers, according to the National Bureau of Economic Research. And like other types of wage inequality, AARP reports these practices affect the entire U.S. economy, including 8.6 million less jobs and an $850 billion loss in gross domestic product. Solutions suggested by experts include more-frequent Equal Employment Opportunity Commission audits and the development of a bureau focused on the specific needs of older workers. 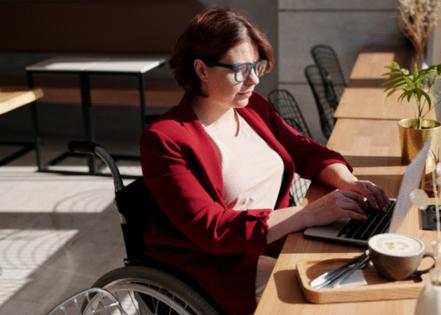 Most people expect higher education is a pathway to better pay, but the American Institutes for Research reports workers with disabilities who have advanced degrees earn almost $21,000 less than colleagues, compared to a $6,505 gap for workers with high school degrees. These differences in compensation are even greater than those experienced by women workers. One of the study’s authors said, “Equal pay is key to keeping people with disabilities economically independent and out of poverty.” The U.S. Census Bureau states major disparities between pay for those with and without disabilities exist in high-level professions including chief executive, attorney, and financial analyst. When the numbers consider work schedule and age, those with disabilities earn only 66% as much as peers. Beyond the impact to individuals, the impact to the U.S. economy is equivalent to approximately 1% of GDP. A recent verdict against Walmartshows legal action is one way to address this gap. 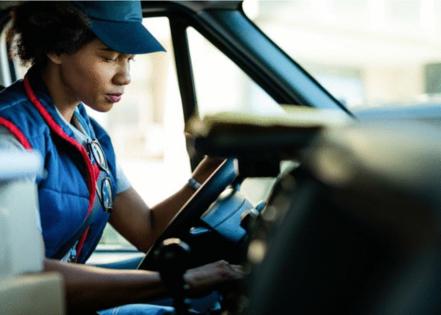 The pay gap between Black and white workers is getting larger

Though some claim we’re in a “post-racial” society, the Economic Policy Institute reports Black workers still earn less than three-quarters of the pay awarded to their white colleagues—71 cents on the dollar for Black males, and 64 cents on the dollar for Black females. Additionally, the Fortune 500 is almost barren of Black professionals, who comprise only 1% of CEO roles within that group. This inequity negatively impacts everyone: Citi reported eliminating that gap would have boosted the U.S. economy by $2.7 trillion in the past 20 years. Though the past can’t be changed, moving forward and correcting inequalities in not only pay, but also housing, education, and investment could improve U.S. coffers by $5 trillion by 2025. Changing corporate culture to support Black employees and create “support or infrastructure behind ... diversity and inclusion initiatives” is crucial to changing this trend, according to a recruiter who’s worked with both Facebook and Tinder. 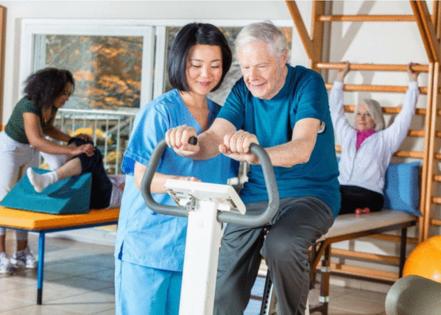 Pay equity differs across subgroups of the AAPI community

One stereotype paints Asian Americans as the “model minority ... well off [with] stable incomes.” Although big-picture statistics show Asian American and Pacific Islander womenearning 85 cents to the dollar compared to white, non-Hispanic men—better than some groups—the numbers ignore diversity within the larger group, which encompasses more than 50 subgroups. Some of thoseearn barely over half the typical wages of Caucasian males. 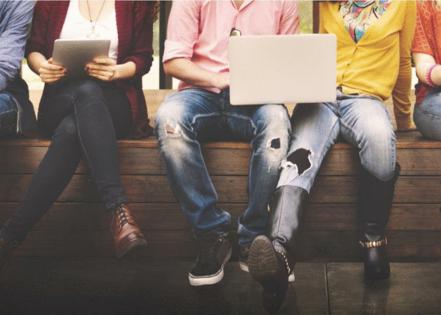 One in three Native Americans live in poverty, according to the American Community Survey. And education seems to have no real impact—despite growing numbers who attend high school and college, both employment rates and wages have declined since 1980. Native American women are especially impacted—in some communities, they earn less than half the pay garnered by their white male peers. One contributing factor is 80% of them experience domestic violence, which results in lost productivity. Addressing both discrimination and safety at home are crucial to changing current trends. 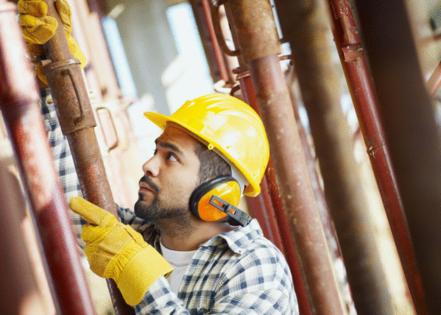 Differences between pay for Latinx and white workers persist

Latinx workers earn just over half as much in inflation-adjusted hourly wages as their white peers. The pay gap between male Latino workers and their white male colleagues is gradually growing smaller, but the difference was still 14.9% in 2017. But 2015 statistics showed that Latina workers with a college degree were still only earning as much as white males who hadn’t completed high school—and 36.4% less than white male colleagues who had attained the same educational level. A story in the Harvard Business Review states pay equity audits are one way to resolve the inequality. 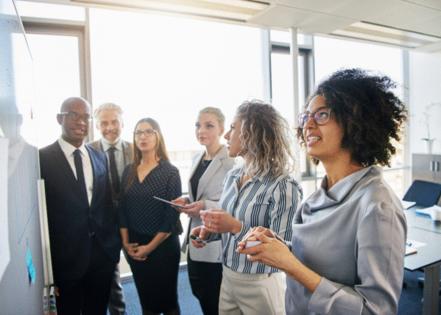 Though queer men traditionally have taken home less pay than their heterosexual male peers, their income still exceeds all women—including queer women, who were reported to earn more than straight women colleagues in one University of Washington study. The 2020 Bostock v. Clayton County ruling by the U.S. Supreme Court extended protections against discrimination in the workplace to the LGBTQ+ community. More recently, The Equality Act, which would expand protections in employment, housing, and beyond, passed in the U.S. House of Representatives. 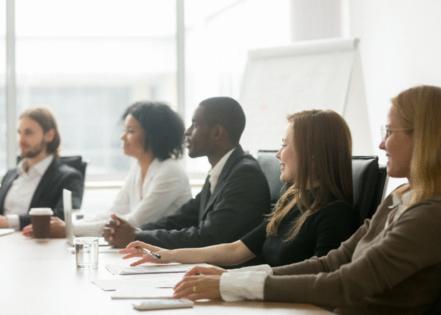 Trans and nonbinary workers have different barriers to pay equity

Numbers showing wages for transgender and gender non-conforming workers are still sparse, but “average earnings of female-to-male transgender workers will increase slightly following their transitions, while average earnings of male-to-female transgender workers fall by nearly one-third,” which correlates with big-picture statistics and trends based on gender. A study from the National Center for Transgender Equality also reported respondents felt workplace bias contributed to fewer promotions for that community. However, taking action to address discrimination can be a complicated process. Workers still need to identify as either male or female and make a claim that they are being treated differently from other workers with that gender. One advocate for the transgender community notes employers can close the gap by allowing workers to use their chosen name for their email address, and “creating specific policies that include gender identity and gender expression as protected grounds.”

The latest United Nations Intergovernmental Panel on Climate Change (IPCC) report is yet another reminder of the dire effects of climate change. While climate projections often look to the future when discussing the worst...Read More

If we are what we eat, then consuming nutritious foods is our surest way to maintain overall health.

With more than 700,000 COVID-19-related deaths in the U.S. reported by the Centers for Disease Control and Prevention...Read More

Nutrition labels on the foods we buy have changed significantly over the years to keep pace with updates from the Food and Drug Administration (FDA) on recommended daily values for various nutrients. As of 2020, ...Read More

When we enthuse about fall color, it's usually in reference to the changing colors of leaves. It’s spring and summer that are supposed to be about flowers. But October is a time of glorious beauty for many plants, from ...Read More

Across the world, abortion is a controversial and emotional topic. Pro-choice activists are adamant that abortion is a fundamental human right that gives women control over their own bodies and reproductive futures. Their...Read More