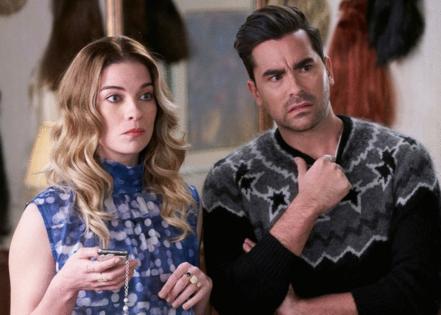 On TV and in real life, small towns cultivate settings where people know their neighbors, and each other’s businesses—which can be both cozy and claustrophobic. TV shows make good use of the comedy and drama from small-town living. In some cases, the town itself becomes as integral to the tone and story as any plot point or character. Examples include everything from “Twin Peaks” to “South Park” to “Mare of Easttown.” It's no coincidence that these same shows work the name of the town directly into their title.

TV shows set in small towns impart a drastically different vibe than their city-based counterparts. Depending on the exact type of small town or suburb, characters can be laid-back, quirky, neighborly, grounded, or—in the case of “Letterkenny”—chock-full of beer and testosterone. Just as no two small towns are the same, no two TV shows will use their settings in the same way. Viewers at home are spoiled for choice in terms of quality and quantity alike.

Stacker compiled data on the best TV shows of all time and listed the first 25 that take place in small towns. Series are ranked byIMDb user rating, and ties are broken by votes. Series had to have at least 10,000 votes and be in English. 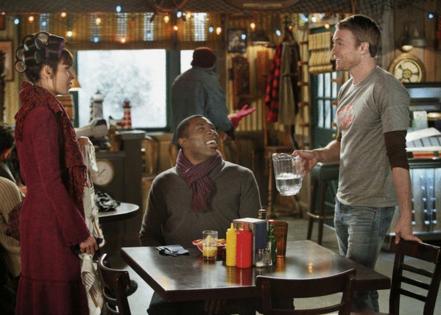 This CW dramedy follows New York doctor Zoe Hart (Rachel Bilson) out to Bluebell, Alabama, a fictional small town about 30 miles away from Mobile. Once she arrives, Dr. Hart unwittingly inherits half of a local practice. Bluebell's annual traditions include Planksgiving, the Sweetie Pie Dance, and the Turtle Derby. 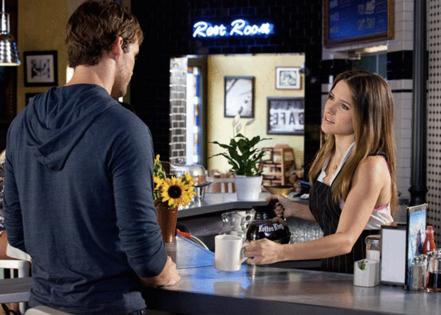 This coming-of-age sports drama centers on two half-brothers and their circle of friends. Spanning nine seasons, it takes place in the bustling (but nonexistent) town of Tree Hill, North Carolina. Much of the show was shot on location in Wilmington, where fans can still take a "One Tree Hill" walking tour. 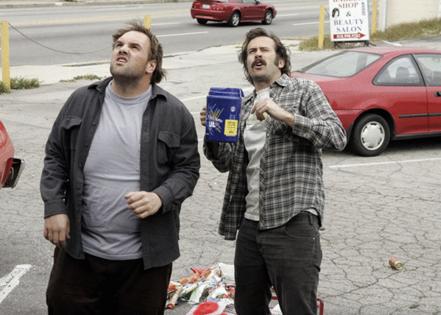 Jason Lee stars as Earl Hickey, a petty crook who sets out to right all his previous wrongs in this single-camera sitcom. Earl's exploits touch down on the many corners and characters of fictional Camden County, which is found in an unknown state. Series creator Gregory Thomas Garcia explained, "the show doesn’t technically take place anywhere … we like to think it’s anywhere. We don’t really say exactly where it is." 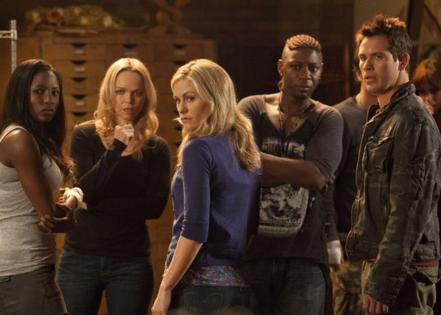 HBO’s hit vampire drama takes place in the fictional small town of Bon Temps, Louisiana, located in the similarly fictitious Renard Parish. The self-proclaimed "catfish capital of the South," the town's history and location were thoroughly fleshed out by series creator Alan Ball. It’s home to conservative voters, blue-collar Americans, and bloodthirsty creatures of the night. 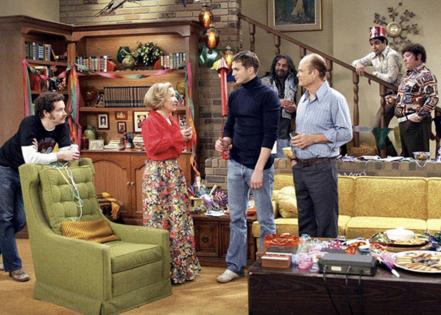 “Hello, Wisconsin!” shouts Steven Hyde (Danny Masterson) during the opening credits of this blockbuster sitcom. Over the course of eight seasons, Hyde and his cohorts call Point Place, Wisconsin, home. Theories abound as to which real-life Wisconsin town the show’s fictional setting might represent. 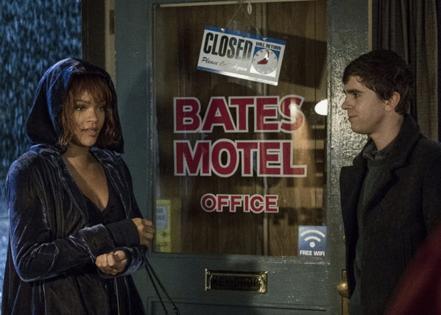 A prequel to Hitchcock’s “Psycho,” this A&E drama chronicles the early years of serial killer Norman Bates. Whereas the original film is set in Fairvale, California, the newer series takes place in the coastal Oregon town of White Pine Bay. Both towns are fictional. 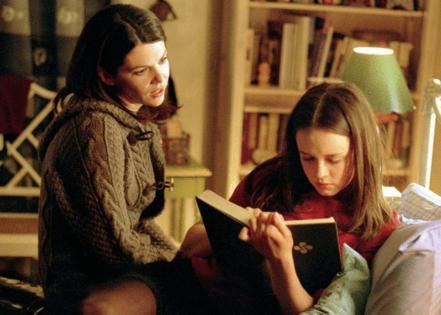 The fictional small town of Stars Hollow, Connecticut, is as much a character as everyone else in this iconic dramedy. When bringing the show to life, series creator Amy Sherman-Palladino drew direct inspiration from the real Connecticut town of Washington Depot. In the show, a single mother (Lauren Graham) and her teenage daughter (Alexis Bledel) experience life's highs and lows as they navigate the world around them. 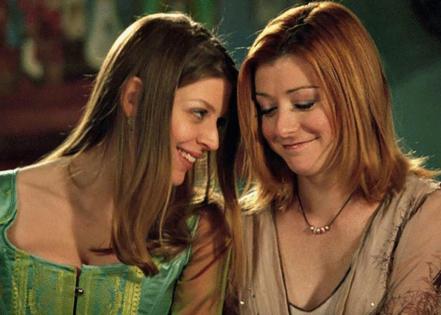 Unlike the movie before it—which took place in Los Angeles—this beloved series is set in the fictional locale of Sunnydale, California. Despite its picturesque facade, the small town happens to be located atop a gateway to demonic realms. Thankfully, local teen and vampire slayer Buffy Summers (Sarah Michelle Gellar) has a knack for crushing evil. 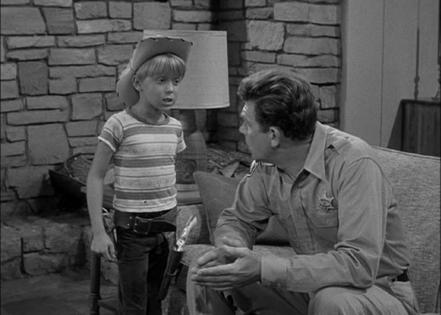 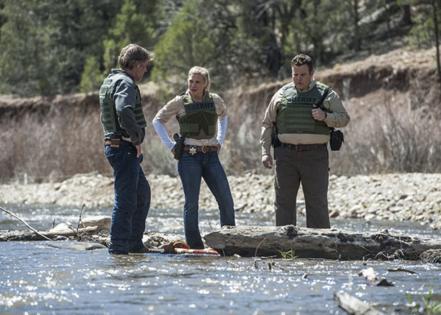 Based on a series of novels, this Western drama follows Sheriff Walt Longmire (Robert Taylor) as he tries to rebuild his life after a tragic event. Sheriff Longmire presides over the fictional town of Absaroka County, Wyoming, and his work often deals with the local Cheyenne reservation and their tribal police force. Lou Diamond Phillips co-stars as friend and advisor Henry Standing Bear. 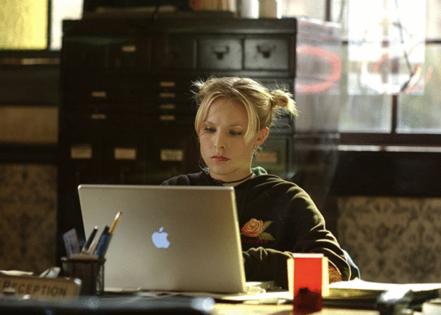 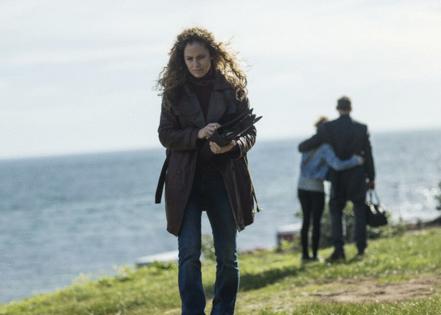 This mysterious drama explores the fallout of an inexplicable event in which 2% of the world’s population spontaneously disappears. The first season takes place in the small town of Mapleton, New York, while the second and third seasons are set in Jarden, Texas, and elsewhere. Both small towns are fictional, but that didn’t stop Jarden from setting up an actual website. 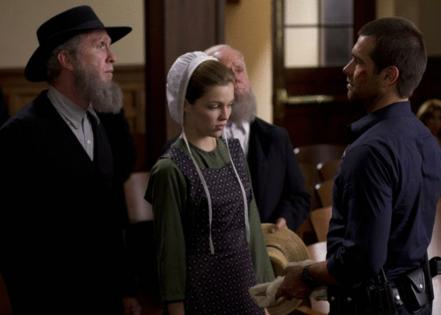 This ultra-violent action series sends an ex-con (Antony Starr) to Banshee, Pennsylvania, where he assumes the identity of the town's new sheriff. Located in the heart of Amish country, the town generates a uniquely rural vibe. For the show’s final season, production took over the real town of Vandergrift, Pennsylvania. 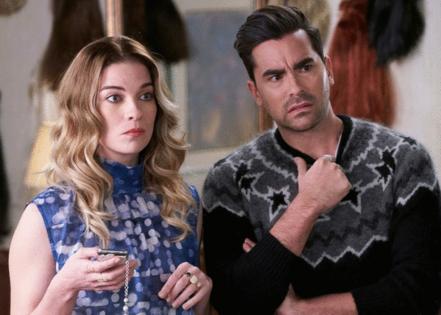 Welcome to Schitt’s Creek, Ontario, the small fictional town purchased as a joke by a video store magnate (Eugene Levy). After losing his fortune, that same magnate must move his family into a local motel. Behind the scenes, the series gradually built an audience to become one of TV’s biggest sleeper hits in recent memory. 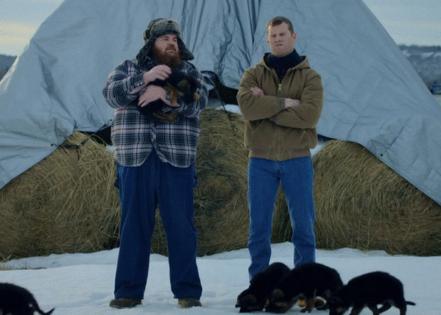 “Letterkenny” star and co-creator Jared Keeso adapted this comedy smash from his series of web-based shorts. The show channels his experiences growing up in Listowel, Ontario, a rural town that inspired the show’s fictional setting. Fans have been tuning in for nine seasons to see what each wacky character will do next. 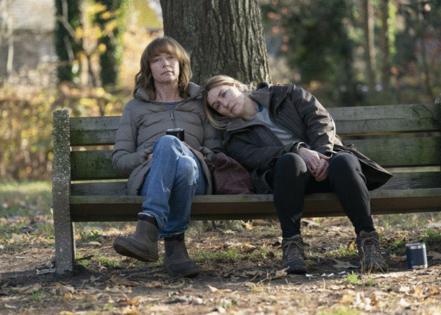 This limited HBO series involves mystery and murder in a suburb outside of Philadelphia. Former high school basketball player turned local detective Mare Sheehan (Kate Winslet) uncovers secrets that hit too close to home. There is an Easttown, Pennsylvania, in real life, but the show is set in a fictionalized version of the town. 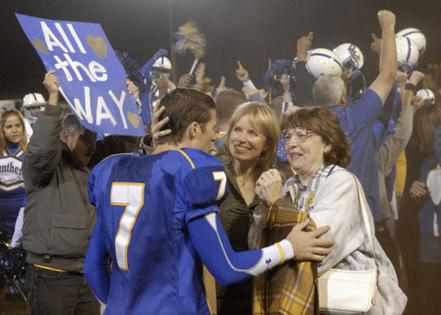 This acclaimed NBC drama chronicles the triumphs and tragedies of high school football in the fictional town of Dillon, Texas. Like so many Texan towns, Dillon is an insular community that treats the sport like a religion. It bears no resemblance to the real-life ghost town of Dillon, which is also located in Texas. 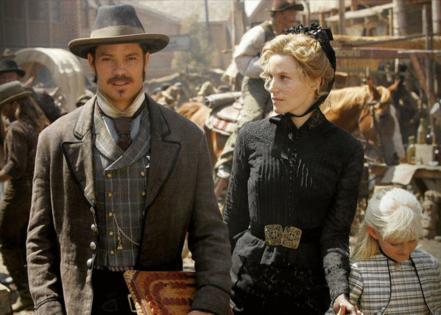 This gritty Western drama takes viewers way back to the real town of Deadwood, South Dakota, in the late 1800s. Protagonists Seth Bullock (Timothy Olyphant) and Al Swearengen (Ian McShane) are both based on actual historical figures, as are a number of guest characters. The show ran for three seasons and yielded a full-length feature film. 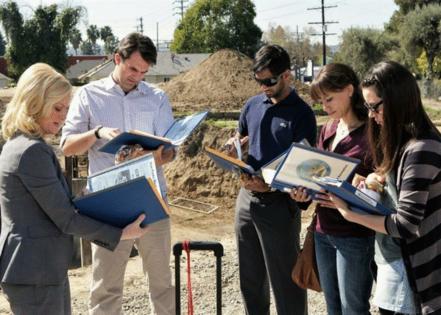 The fictional town of Pawnee, Indiana, will forever hold a place in the hearts of many TV viewers. As the background for this satirical sitcom, the town provides the setting for a series of municipal blunders. Amy Poehler leads a brilliant ensemble cast as Leslie Knope, deputy director of Pawnee's Parks and Recreation department. 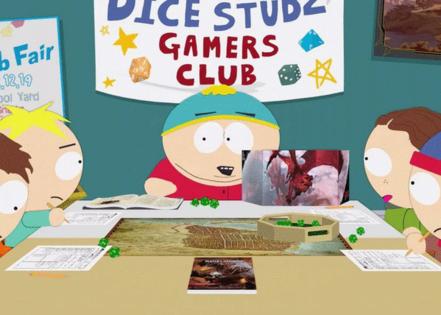 It may seem like a quiet little mountain town, but South Park, Colorado, has seen its fair share of epic events. From alien abductions to presidential campaigns, the colorful locals are never too far away from their next bonkers adventure. And yes, the show is named after a real town, though the two entities have little in common. 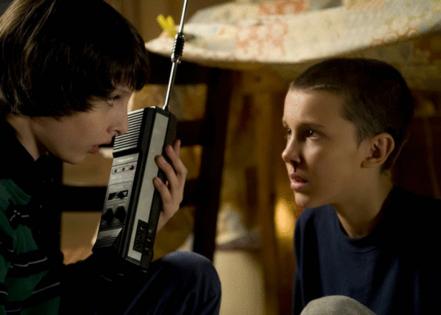 Netflix’s smash sci-fi series takes place in the fictional town of Hawkins, Indiana. Set in 1983, the story centers on a local boy's disappearance and the supernatural phenomenon that follows. In addition to the small-town sheriff who's usual beat is petty crime and disorderly conduct, Hawkins hosts a mysterious laboratory run by the U.S. Department of Energy, whose experiments act as the catalyst for the events that take place in Hawkins. 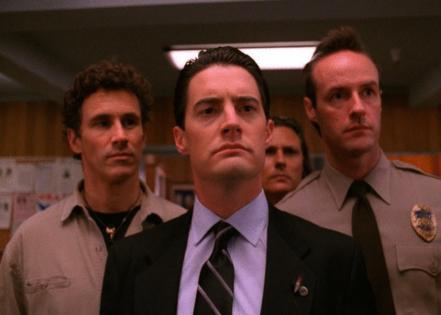 Viewers are still wrapping their heads around David Lynch’s surrealist mystery, which returned to screens after a 25-year hiatus. Though the eponymous town doesn’t actually exist, a number of its locations were filmed in North Bend, Washington. Seasons one and two were almost exclusively localized, while the third season expanded upon the show’s geography and mythology. 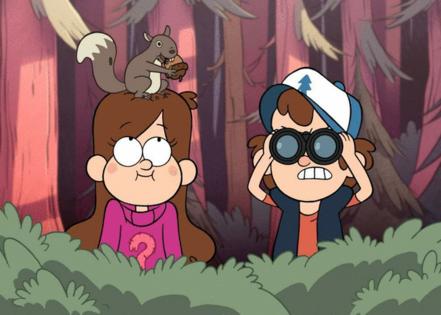 The animated town of Gravity Falls, Oregon, delivers no shortage of rewards for viewers of all ages. When they're not helping their great uncle run a local tourist trap, siblings Dipper and Mabel Pines are out solving supernatural mysteries. Despite its short-lived run of just two seasons, this coveted Disney series has been hailed as one of the decade’s most influential cartoons. 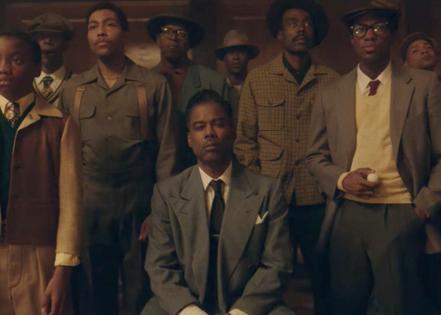 Inspired by the Coen brothers film of the same name, this anthology series depicts violent crime stories across the midwest. Spanning different time periods, the events of the first three seasons take place across small towns in South Dakota, North Dakota, and Minnesota. The fourth season headed to Kansas City, Missouri, circa 1950. 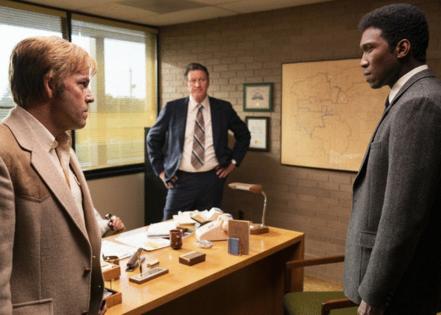 This acclaimed anthology series has three seasons under its belt, with each one set in a different state. Season one, which saw action in various areas across Louisiana, arguably remains the fan favorite. Matthew McConaughey and Woody Harrelson play partnered detectives whose lives spiral out of control as they hunt for a serial killer.