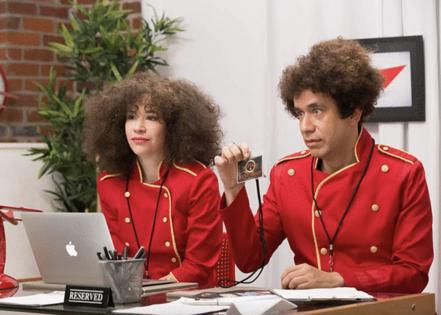 15 sketch comedy shows worth your while

The age of YouTube has elevated the form of sketch comedy. Not only has streaming exposed new acts to wider audiences, but it’s helped push the boundaries of the artform by allowing more creative freedom. Acts like The Lonely Island weren’t afraid to take their internet savvy style to “Saturday Night Live” and now tons of sketches are influenced by their mold. Meanwhile, the Upright Citizens Brigade, The Groundlings, and The Second City continue to churn out the next big things in comedy, and the alumni of these troupes are in high demand by Netflix and other streaming platforms.

Hilarious sketch comedy has existed well before we could all load a skit on a phone in a matter of seconds. Stacker dug into TV history and chose 15 sketch comedy shows with an IMDb user rating over 7.0 and at least 1,500 votes. Shows are presented in chronological order based on what year they started.

Click through to find out which show is credited as being the inspiration for “SNL,” how everyone’s favorite sketchy TV lawyer got his start on an HBO sketch series, and the current HBO sketch show breaking barriers with uproarious and outlandish comedy from Black female comedians. 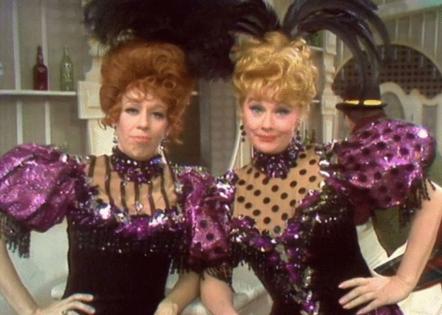 After appearing on shows like “The Lucy Show” and “The Garry Moore Show,” Carol Burnett earned her own comedy slot in 1967. With a mix of music numbers, comedy skits, and even personal stories, Burnett brought nonstop energy and emotion, which created a unique rapport with her audience. Dick Van Dyke later became a regular on the series, and the sitcom, “Mama's Family,” was a spinoff of “The Carol Burnett Show.” 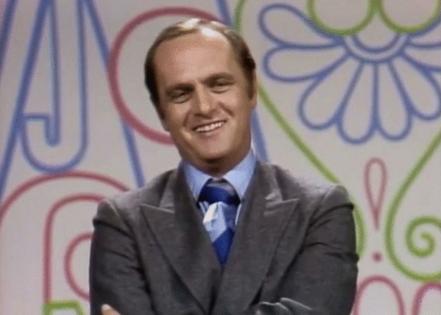 Goldie Hawn and Lily Tomlin were among the budding stars featured on “Laugh-In,” a show that is credited as being a precursor for “Saturday Night Live.” Dan Rowan and Dick Martin were veterans of the Las Vegas entertainment scene, and played a straight act and wacky foil to perfection. One of the show’s most memorable moments occurred when Richard Nixon appeared during his 1968 presidential campaign. 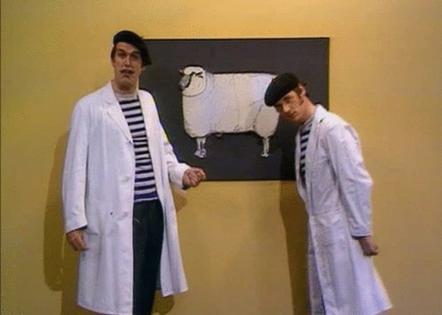 The folks behind Monty Python have been called “The Beatles of Comedy,” revered for witty and off-the-wall humor. The creators of “The Simpsons,” “South Park,” and “Da Ali G Show” are among the many to cite Monty Python as an inspiration. Several books have been written about the troupe’s uncanny ability to break the fourth wall and go meta within a skit like few others have. 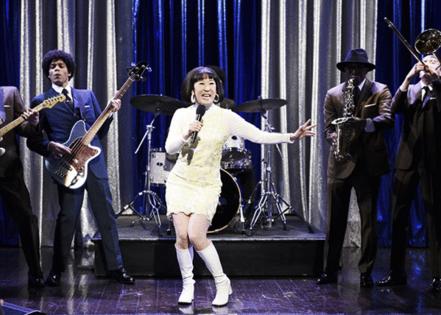 Comedian George Carlin was the first ever host of “Saturday Night Live” and over the next 46 years, the biggest names in entertainment would grace the stage at NBC’s studio in Rockefeller Center. Widely recognized as the pinnacle of sketch comedy, “SNL” has had its fair share of non-comedic highlights, too. In 1992, Sinead O’Connor tore up a picture of the Pope, drawing widespread backlash. 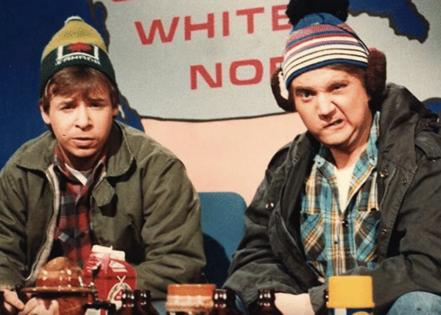 “SCTV” is more than just the Canadian counterpart to “SNL”—the show’s legacy includes creating some giants of comedy. Show stars like John Candy, Rick Moranis, and Martin Short would go on to be featured in some of the biggest comedies of the 1980s, and Catherine O'Hara and Eugene Levy won multiple Emmys for “Schitt’s Creek.” Martin Scorcese has been working for years on a documentary about “SCTV.” 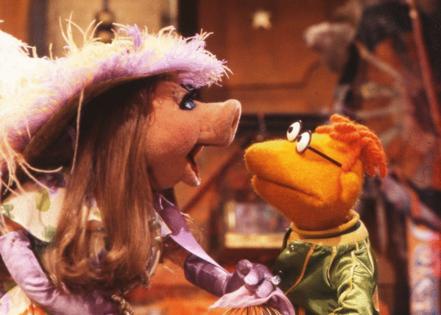 With Kermit the Frog in the driver’s seat, “The Muppet Show” took viewers on a variety show journey unlike any before. The show mixed slapstick humor with skits that were fitting for viewers young and old, and even included the occasionalburlesque number. Statler and Waldorf, the crotchety, senior citizen audience members, were always a highlight. 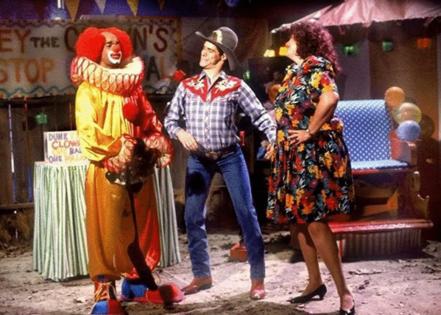 “In Living Color” helped put Fox on the map alongside shows like “The Simpsons” and “Married... with Children.” Helmed by Keenan Ivory Wayans and his talented siblings, the show introduced many viewers to the comedic stylings of Jim Carrey, Jamie Foxx, and Jennifer Lopez (as part of the Fly Girls dance troupe). The show was notable for featuring comedians of color, something sketch shows like “SNL” often lacked. 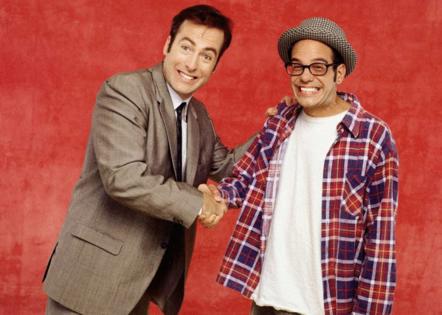 Mr. Show with Bob and David

Before Bob Odenkirk became famous for portraying lawyer Saul Goodman in the “Breaking Bad” universe, he delighted audiences with David Cross on an HBO sketch comedy show. “Mr. Show with Bob and David” featured up-and-coming comics like Jack Black and Sarah Silverman, and crammed in 10 or more skits in only 30 minutes of airtime each week. Comedians Tim & Eric have cited “Mr. Show” as a key influence on their careers. 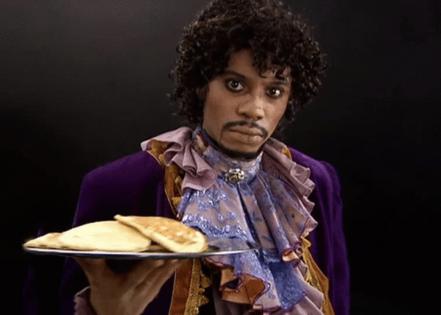 Dave Chappelle was already a rising star before Comedy Central gave him his own show in 2003, but he reached superstar levels of fame quickly after “Chappelle’s Show” hit airwaves. With keen observations on race and pop culture, “Chappelle’s Show” also featured the top names in hip-hop performing every week, from Kanye West to DMX. At the height of his fame, Chappelle walked away from a reported $50 million deal, disgruntled at the way some of his jokes about race were being digested by audiences. 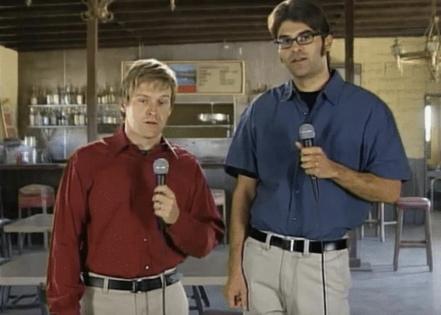 Tim Heidecker and Eric Wareheim debuted on Adult Swim with a show full of cringe and surrealist humor. A wide range of guests included John C. Reilly, Marilyn Manson, and even one of their comedy idols, Bob Odenkirk. Critics later said the show’s “public-access channel production values” later influenced shows like “SNL” and our next entry in the list. 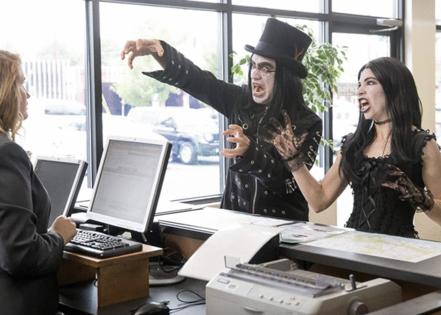 Carrie Brownstein and Fred Armisen formed a potent tag team on this IFC comedy, based in one of America’s quirkiest cities. “Portlandia” won a host of Primetime Emmys, Peabody awards, and honors from the Writers Guild of America for its outlandish sketches. Beloved by Portlanders, the show featured top indie rock acts and NBA stars like Damian Lillard. 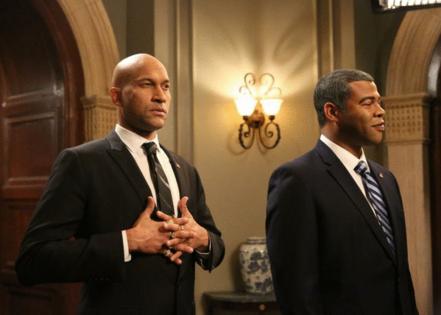 Perhaps no sketch comedy duo has gone into more success this millennium than Keegan-Michael Key and Jordan Peele. Before they were directing Oscar-winning films and hosting game shows, they brought a new style of sharp, witty comedy to cable TV. The duo were frequent collaborators on “MAD TV,” and scored hits with sketches like the East/West College Bowl player introductions. 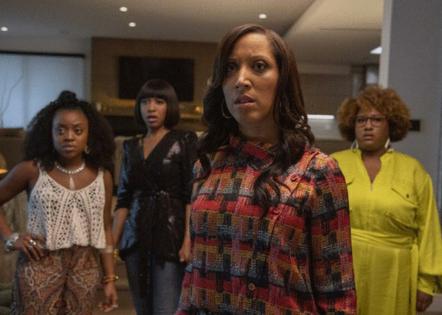 Created by Robin Thede and executive produced by several prodigious talents including Issa Rae, “A Black Lady Sketch Show” brings a fresh perspective to comedy with skits mixing magical reality, sharp commentary, and surprise celebrity guests. Some of the sketches included a salon called Wigzard of Oz, a divorce party mixed with mushrooms, and the exploits of a groupie pursuing baseball star Satchel Paige in the 1930s. 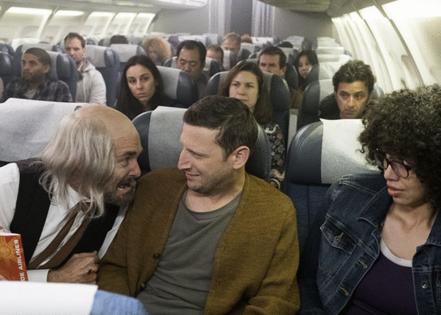 I Think You Should Leave with Tim Robinson

Known for its cameos, this Netflix hit has already featured Steven Yeun, Andy Samberg, and Tim Heidecker in hilarious situations. Originally lambasted by some critics, the show has won over many with the characters’ inability to admit they’re wrong, leading to some of the funnier scenarios in recent TV memory and morphing into memes that perfectly capture absurd modern situations. 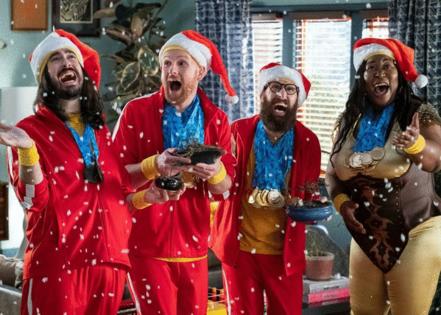 The Australian comedy group Aunty Donna caught on big in the U.S. with their sketch show on Netflix, which has drawn comparisons to Monty Python. Mixing music with absurdist comedy, the show has attracted an all-star lineup of guests, including Ronny Chieng, Kristen Schaal, and “Weird Al” Yankovic. Critics have hailed the show for simply being a big dose of fun, and have praised the unique lingo the Australian comics regularly introduce to American audiences.

There’s nothing quite like sports when it comes to bringing people together. Whether it’s a fierce rivalry, the Olympic games, or simply a small showing of sportsmanship, sports can solve conflicts, provide universal ...Read More

Music and movies go together naturally. Films have theme songs that can become popular hits, soundtracks to add drama, and scores that can build up expectations, tensions, and emotions.

Despite the fact that sweating is normal, and even a healthy and necessary element of being human, the slightest sign of sweat in a public setting can spur anxiety and discomfort for many.

Sweating in response to ...Read More

Each real estate sector—whether residential, commercial, or industrial—comes with varying levels of risk and reward. With a bit of research, investing in one (or a combination of) of these sectors can yield excellent ...Read More

The National Aeronautics and Space Administration (NASA) in 2017 opened the digital doors to its image and video library website, allowing the public to access more than 140,000 images, videos, and audio files. The ...Read More

From Notre Dame to the Taj Mahal, many of the world's most iconic buildings seem so perennially full of tourists and so universally beloved as to run no risk of ever being sold and demolished.

But is this always the ...Read More