Review: 'Anvil! The Story of Anvil' - The Little Band That Couldn't 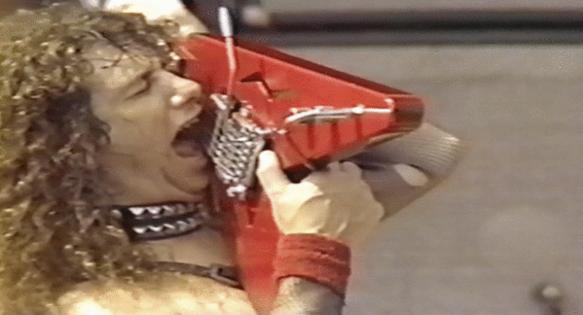 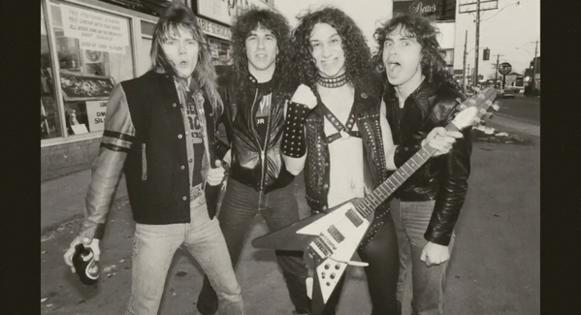 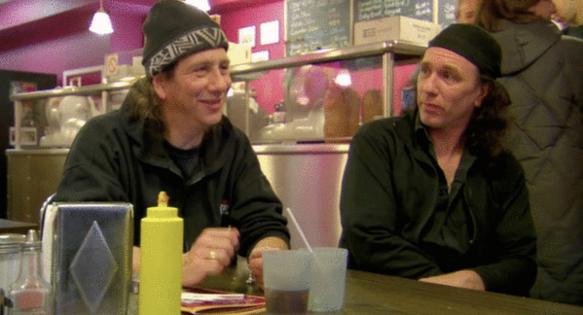 Peter Dinklage should have been somewhere in Europe this week, shooting a "Hunger Games" prequel called "The Ballad of Songbirds and Snakes." Instead, though, he remained in New York to support his friend, director Sacha Gervasi, at a Tuesday screening of Gervasi's 2008 cult documentary, "Anvil!" at a downtown arthouse called the Angelika (where the picture had run for four months straight upon its original release).

Because "Anvil!" -- or, to give it its full, Spinal-Tappy title, "Anvil! The Story of Anvil" -- is back. Or at least will be on Sept. 27, for a nationwide, one-night-only rerun at some 200 theatres across the country. Not only that, but Anvil itself -- the hapless, semi-tragic Canadian metal band at the heart of this rousing and unexpectedly heartwarming film -- will be returning to the road soon in support of "Impact Is Imminent," the group's 19th album in a 40-year career of nonstop non-hits.

The movie is about this long, soul-grinding slog, which has been sustained by the intensely supportive friendship of the group's founders, singer and guitarist Steve "Lips" Kudlow and drummer Robb Reiner (note Spinal Tap echo). The dedication of these two men has never ebbed. They've never stopped shooting for the stars, and they're still convinced that a long-delayed career breakthrough is just around the corner.

"It kind of gets harder and harder to believe in that, the older you get," said Dinklage, seated before the Angelika screen in front of a packed house. The actor was 34 when his own big break came along in the form of the lead role in the 2003 film, "The Station Agent." Clearly, any delay can be karmically repaid.

"I don't know if it was the Canadian thing or what," says Metallica drummer Lars Ulrich, another early fan still puzzled by Anvil's failure to launch.

Director Gervasi, an Englishman who was once actually an Anvil roadie (he later moved on to become a heroin addict and to go to law school), had to mortgage his home to make the movie, and we can see where the money went -- mainly into traveling all over Europe with Kudlow and Reiner and their current roster of Anvil bandmates, playing one low-paid (or unpaid) gig after another. (In Romania, at the Monsters of Transylvania rock festival, which the band is hoping will be a big deal, we get a quick look at some of the 174 people who showed up.)

Back in the States, the group's two mainstays carry on with their day jobs. (Kudlow drives a truck for a catering company; Reiner works in construction.) In the face of all setbacks, Lips is irrepressibly upbeat. "It could never get worse than it already is," he says. Robb, on the other hand, has occasional moments of melancholy. What went wrong? somebody wonders. "I can answer that in one word... three words. We don't have good management."

But things have gotten a little better since the release of the film 14 years ago. The two partners have both been able to quit their day jobs. And they've never stopped recording (on borrowed money, mainly). Even looking back on all the screwed-up tours and thieving concert promoters, Lips feels he's been living the dream -- traveling the world, meeting the stars (Scorpions' Michael Schenker and the late Lemmy Kilmister also put in mini-appearances). Life has basically been good. "Things went wrong," he allows. "But at least there was things to go wrong on. "

Spooky-house movies have been a go-to genre for scrappy low-budget filmmakers at least since James Whale's 1932 "The Old Dark House" (one of the four horror pictures Whale made at Universal: he also directed the first two ...Read More

"Glass Onion" is even more fun than the 2019 "Knives Out," which was already a lively little franchise-launcher. This time, instead of poking around among the avaricious relatives of a mysteriously murdered Massachusetts ...Read More

"Bones and All" is a movie that goes for the throat right away. An early scene at a girls' sleepover party hits the screen like a gush of blood and sets a high bar for the terrors that soon follow. The picture is a ...Read More