Reviews: 'Wrath of Man' and 'The Columnist' - Guy Ritchie Returns (With Jason Statham, Wisely), and a Dutch Woman Discovers the Ultimate Cure for Online Menacing 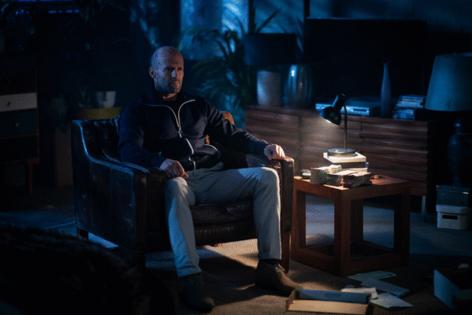 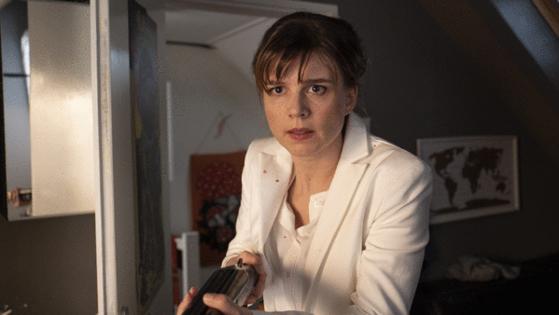 Guy Ritchie movies, especially those of the gangster variety with which he started out 23 years ago, make life simple. You know what you're going to get walking in: a lot of shouting, a lot of skull-crushing music, a lot more shouting, and a boatload of blunt, brutal action. Not to say there's anything wrong with wall-to-wall uproar -- who doesn't love the John Wick movies? But the Wick pictures have a sense of humor, and their action is, for the most part, brilliantly choreographed -- they have personality . Guy Ritchie doesn't make those movies.

Ritchie's latest is a heist picture called "Wrath of Man," and the best that can be said of it is that it stars Jason Statham. Ritchie and Statham both began their feature-film careers with Ritchie's "Lock, Stock and Two Smoking Barrels." Since then, Statham has gone on to become a stubbly, shiny-headed icon of action cinema, while Ritchie has gone on to continue being Guy Ritchie. (Although, it must also be said, in his favor, that Ritchie almost always delivers for his audience, which is large, and often scores at the box office.)

In his fourth Ritchie collaboration, Statham plays "H," a mysterious man of very few words (maybe five or six in some scenes, if you count the grunts and the snarls). This character's real name is Hill, so let's call him that. One day he walks into the office of an armored-truck company called Fortico, which picks up multi-millions of dollars in cash from banks and high-volume retailers and hauls it around Los Angeles every day. You can see where this is going.

Hill feigns meager skills in shooting and driving and running around at first, so you immediately know something is up, because ... well, because Statham. Hill's fellow Fortico employees are initially surly, but after he single-handedly foils an attempted vehicular rip-off, they're breaking into applause whenever he enters a room. This happens pretty early on in the picture, because Ritchie likes to move things along even if viewers haven't quite grasped what he's trying to communicate to them (a problem compounded here by the muffled dialogue in scenes in which the characters are wearing masks or speaking Australian).

The plot, which is lifted from a 2004 French film by Nicolas Boukhrief, has Fortico in the crosshairs of two violent criminal outfits. One is composed of highly trained veterans of the never-ending U.S. war in Afghanistan; the other is just a bunch of really, really bad guys. Statham blows away many of these deserving characters, but not in any especially memorable ways. (In his devotion to undifferentiated blam-blam-blam, Ritchie is a master of monotony.)

We eventually learn why Statham's character is such an angry guy, and we sympathize. Then we move on with our lives and hope it won't be too long before we can get another dose of Statham, with his squinty glare and tight-lipped charisma -- preferably in a movie by some other director.

Femke Boot (Katja Herbers of "Westworld") is a columnist at an Amsterdam newspaper. Like many people, she spends way too much time online, usually reading over her latest columns -- earnest political observations or wryly sketched personal anecdotes -- on the paper's website. Femke may tell herself she's just checking for typos or other technical flaws, but in reality she's breaking the first rule of online life: Never Read the Comments.

She can't avert her eyes:

"Together Together" is a rom-com without the rom. It's an offbeat inquiry into the possibility of platonic love between a man and a woman. Ed Helms and Patti Harrison are just about perfect as Matt, a lonely 45-year-old ...Read More

In 1995, the Australian film "Babe" took animal-fantasy to a new level. Advanced animatronic technology brought the picture's many creatures -- the dogs, the sheep, the singing mice, the freaked-out duck, the duplicitous ...Read More

Writer-director Neil Burger has salted his new sci-fi movie, "Voyagers," with provocative social issues, but they're hardly new. "Who are we?" "Where are we going?" "Who cares?"

Somebody died. Danielle (Rachel Sennott) isn't sure who -- somebody in her extended family, a second-wife's sister or something -- but her parents, Debbie and Joel (Polly Draper and Fred Melamed), are all upset, and she's ...Read More

Experiencing Disney's live-action "Beauty and the Beast" is like being held down and force-fed candy for two hours. Candy fans can take this as a recommendation, and lovers of blazingly well-made fantasy films and full-...Read More