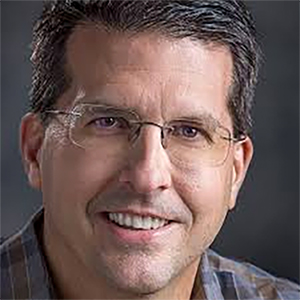 There she is, Miss ‘Merica… and her dad

Parenting teen daughters is an experience chock-full of firsts, especially for dads.

There’s the first time you have to go down the “ladies’ personal products” aisle at Walmart praying to the merciful Lord that you won’t see any other members of the dude species, the first time you make her scream because you’re wearing one of her bras like a pair of swim goggles, and the first time she goes out with a boy whom you’ve threatened to dismember if he doesn’t keep his cooties to himself.

My wife and I recently experienced another one of these firsts when our eldest and most expensive daughter signed up to compete in a community beauty pageant. Throughout our girls’ upbringing, we had avoided child beauty pageants out of fear that we might end up starring in our own exploitive reality show on which I might have to adopt a nickname like “Sugar Bear.”

This situation was completely my daughter’s idea, and we were actually proud of her willingness to step out of her comfort-zone and try something new. Besides, we’ll only have to sell our plasma for the next couple of centuries to pay for the numerous outfits, cosmetics, and other accoutrements she required for the competition.

The event began with a small-town festival parade featuring fire trucks, community luminaries, and the pageant contestants waving to the crowd while violating seatbelt laws atop vehicles I can’t afford. It was a particularly cool and breezy day for East Texas in early autumn, and although I had goosebumps in my navel, I was distracted from the chill by my youngest daughter incessantly fretting about the fact the she had somehow managed to soil her cell phone with a layer of donut frosting.

When I saw my eldest daughter approaching our vantage point in a gleaming, black Jeep Wrangler Sahara, I couldn’t help honoring her appearance by doing my best “Whoop, there she is!” chant, which she later affectionately described as “completely mortifying.” Her two sisters tried their best to seem enthusiastic, but I could tell that they were more impressed by the sight of several spectators on horseback ordering Dilly Bars in the drive-thru at the town Dairy Queen. Ah, life in the big city!

The actual pageant took place later that evening in the school auditorium that had been doubling as an overflow junior high cafeteria due to COVID-19 protocol. As a result, the pageant announcer warned us to avoid partaking of any snacks we might discover stuck to the underside of our seats.

My wife and I beamed with pride when our daughter took the stage as the announcer detailed her accomplishments and her plans to attend a prestigious university. In turn, I began praying fervently that she wouldn’t be too disappointed that we had spent her entire college savings on the dress she was currently wearing.

Although our daughter didn’t win the pageant, I couldn’t have been more proud of her poise, elegance and skill in not face-planting on stage in those ridiculous heels.

Believe it or not, I know how difficult it is to sashay in front of a crowd wearing a close fitting gown and pumps. Several years ago, I walked on that same stage for charity in a woman-less beauty pageant. And while I wasn’t crowned that night, I did take the prize for most likely to be mistaken for Cruella de Vil. (I‘ll also never forget the exhilarating sensation provided by a high-quality pair of support pantyhose.)

The highlight of the pageant experience with my daughter occurred at its conclusion when her mother and I met her on stage, caught her in our arms, and presented her with a bouquet of flowers. Shortly thereafter, a young man her age also gave her some flowers, and she joined him for pictures with friends. I guess that’s just part of the bittersweet process of children separating from parents and growing into adulthood.

Speaking of separation, I need to have a serious discussion with that young man about keeping his cooties to himself.

Graves is an award-winning humor columnist from East Texas. His columns have been featured in Texas Escapes magazine, The Shreveport Times, The Longview News Journal, and The Kilgore News Herald. Contact Graves at susanjase@sbcglobal.net.

In recent years, kayaking has become a true craze, ranking right up there with TikTok dances, government stimulus checks, and those glorified Lunchables on plywood I can’t pronounce called charcuterie boards. And ...Read More