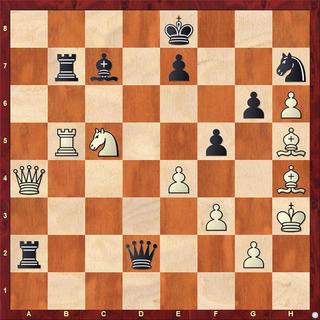 It’s time for the Labourdonnais Challenge. The greatest player of the early 19th century was once challenged to solve this puzzle—a mate in 6—in less than an hour. He did! So, now you can match wits with the champ. BTW, back then it was ok to allow checks on the first move of composed problems.

I saw this posted online. It’s an old favorite that I don’t think I’ve ever posted here, so here’s the task: White to play and mate without moving the queens off the first rank.

A nice Reshevsky win from 1951 over Shainswit.

Even though the Black king looks well protected and even has an escape square, Black has a false sense of security.

Two promotions are coming. What will be the result?

A cute endgame that requires a little planning on White’s part.