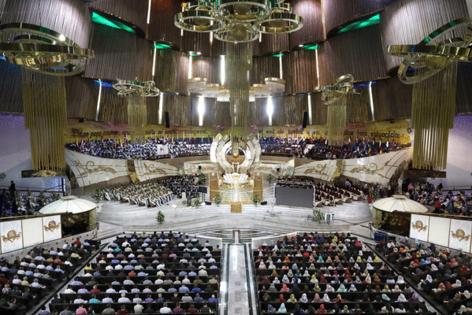 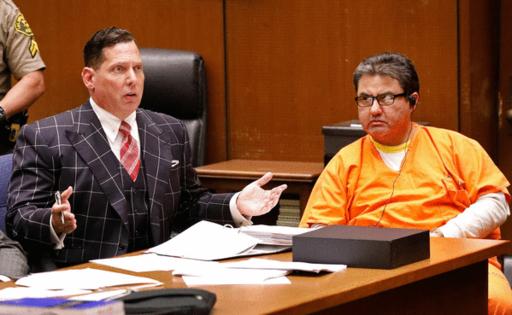 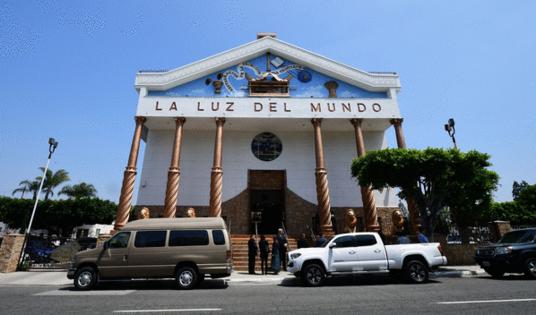 LOS ANGELES — If you live in Los Angeles, you've probably sped past La Luz del Mundo church, an ornate, 9,600-square foot outpost of the Mexico-based evangelical megachurch hard by the 60 Freeway in East Los Angeles. Founded in 1926, the Christian denomination claims to have more than 5 million followers in approximately 50 countries — and yet it has remained relatively obscure to the general population, even as it has been plagued by accusations of sexual abuse.

L.A.-based filmmaker Jennifer Tiexiera was oblivious to it all too. But when she came across the reporting of longtime investigative partners Rhonda Schwartz and Brian Ross, which alleged that the church groomed members, mostly children, for the pleasure of its leaders, Tiexiera wanted to draw more attention to the story.

"In the almost two years that I've been working on it, I am constantly finding myself just trying to explain to people what it is," says Tiexiera, whose other credits include the 2020 LGBTQ documentary "P.S. Burn This Letter Please." "Meanwhile, I'm sitting in my home in Los Angeles, and I'm surrounded by four of [the churches] within a 10-mile radius. I see it all the time."

"Unveiled: Surviving La Luz del Mundo," which premiered Tuesday on HBO, is a three-part docuseries exploring the history and power of the church (which translates to "The Light of the World"), whose congregants believe its leader is an "apostle" appointed by God, to whom they must show unwavering loyalty and obedience. And it's against this backdrop that former members detail the years of abuse they say they endured.

Naasón Joaquín García, the current leader of La Luz del Mundo and the grandson of its founder, was arrested in 2019 on suspicion of human trafficking, production of child pornography, forcible rape of a minor and other felonies. In June, García pleaded guilty to three counts of sexual abuse of underage girls in exchange for a reduced prison sentence of nearly 17 years — a plea bargain that enraged the survivors who came forward.

Tiexiera spoke with the Los Angeles Times about the series, aligning the needs of trauma survivors with the demands of documentary storytelling, and capturing the mind-set of someone whose faith has been weaponized.

Q: What drew you to the story of La Luz del Mundo?

A: After I picked my mouth up off the floor, I did have that feeling of frustration and anger, which I always know is going to be probably a good project for me. And the fact that there was so little coverage and the fact that the arrest was happening at the same time as the [Jeffrey] Epstein case and the NXIVM case, yet we weren't hearing about this, even though [García] was arrested and had $90 million bail in downtown Los Angeles. I'm just like, "Why are we only covering certain stories?" When I put my pitch forward to Jigsaw [Alex Gibney's production company] and HBO, I said I would tell the story, but I needed it to be completely survivor-driven. I needed them to have complete agency. I needed the room to do that: to make sure that I had time to really nurture those relationships before a camera was even brought into the room, that we had the same intention of the story, that we wanted the same things from the series, that we had a team in place of mental health experts, psychologists, psychiatrists, a trauma center to kind of help us dissect the process. And with those things come costs — that affects the bottom line. Like, there were certain interviews that I knew I was going to have to shoot both ways, anonymously [and] not anonymously, and still then give the participants the option to pull out if they wanted to, which ended up ultimately happening. And, you know, because this is the first time some of these survivors have spoken out, after coming out of a lifetime of coercion and dishonesty and control, it was just really important that we weren't doing anything to re-traumatize or cause any more pain. And so that was a promise in the beginning: nothing that would put their physical self in danger, their mental health in danger, or their potential court cases.

Q: One of your recent films, "Subject," examined ethics in the documentary genre, exploring questions about what happens next for a film subject after the cameras stop rolling and what it does to a person to have their lives examined in such detail. How did that inform your approach with this docuseries and how you thought about your subjects?

A: I don't think I would have taken on this project if I hadn't just spent five years making "Subject." I knew there were a lot of hard conversations I had to have right in the beginning to make sure that the transparency was very clear of what they were putting at risk and at stake by participating. They might trust me with this and relive it, and there were certain things that were going to be out of my control when there's a network involved; they might not be in it. These are conversations that are really tough to have but pay off in strides later.