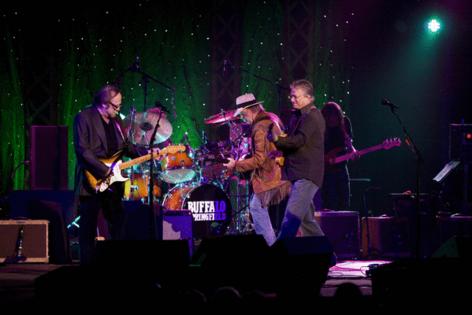 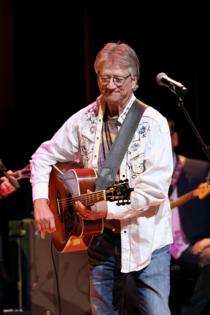 SAN DIEGO — Richie Furay has never lived in San Diego, but the 1997 Rock & Roll Hall of Fame inductee and co-founder of the pioneering bands Buffalo Springfield and Poco can credit the city for twice playing a key role in revitalizing his career.

“It sure seems that way!” said the veteran singer-songwriter, who co-headlines the 2022 “Carols by Candlelight” children's hospital fundraising concerts Friday and Saturday at California Center for the Arts, Escondido.

That Furay’s solo career received two reboots, not just one, in San Diego is all the more intriguing because the two are entirely unconnected and occurred more than a quarter-century apart.

The first, at Humphreys Concerts by the Bay in 1995, brought him out of a 12-year retirement from performing music in public. Starting in 1982, Furay had devoted himself to being the full-time pastor at Calvary Chapel in Boulder, Colo., a position he maintained until just five years ago.

Between 1982 and 1985, he preached and performed songs of faith for his congregation almost exclusively. Then came a series of phone calls from former Boulder pal Kenny Weissberg, who had moved to San Diego and was then producing the annual Humphreys series. Those calls proved pivotal to Furay’s return to public stages — and his re-embracing the secular music that fueled his Rock & Roll Hall of Fame induction.

The second reboot, which happened just last year, was at a house concert in Scripps Ranch, where Furay teamed with the San Diego band Back to the Garden. It came two years after he had concluded the West Coast leg of what was supposed to be his farewell tour.

Together, these two San Diego reboots serve as memorable bookends for the country-rock pioneer. His list of classic songwriting credits includes Buffalo Springfield’s “Kind Woman” and “A Child’s Claim to Fame,” Poco’s “A Good Feelin’ to Know” and “Pickin’ Up the Pieces,” and The Souther-Hillman- Furay Band’s “Fallin’ in Love.”

Now 78, Furay made a thankfully swift recovery after being being diagnosed with Bell’s palsy — which weakens facial muscles — in 2017, when he also underwent knee and shoulder surgery. The same year saw him step down, after 35 years, from his position as pastor at his 200-member church, which had relocated from Boulder to nearby Broomfield.

“Everything I’ve done in life has been for other people, whether making music or ministering,” Furay said, speaking from the rural Colorado home where he lives with his wife of more than 50 years.