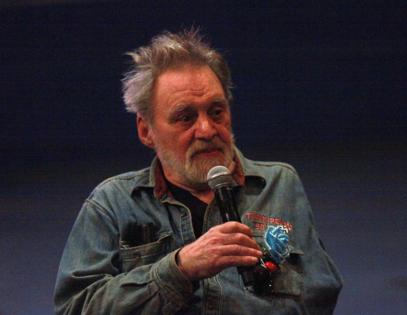 A cause of death was not released for the actor, who was 83.

“Through the darkness of future past and much sadness we say goodbye to Al Strobel,” producer Sabrina Sutherland said in a statement to Variety, quoting a line from the mystery series. “He is an irreplaceable human being and will always be an important part of our Twin Peaks family.”

Strobel’s “Twin Peaks” character cut off his own arm, which featured the tattoo “Fire Walk With Me,” to avoid becoming possessed.

The actor appeared on 10 episodes of “Twin Peaks” from 1989-90 during the show’s original run and returned as the character in the 2017 Showtime reboot. He also appeared in the 1992 movie “Twin Peaks: Fire Walk with Me.”

Strobel lost his left arm as a teenager as the result of a car accident, according to Variety.

His death was met with condolences from other “Twin Peaks” alum, including actor Dana Ashbrook, who tweeted Strobel was a “wonderful story teller” and “the sweetest of men.”

“Oh no…. Dear Al… as those of you lucky enough to have met him over the years, what a warm and wonderful gentleman he was,” tweeted Mark Frost, who co-created “Twin Peaks” with David Lynch.