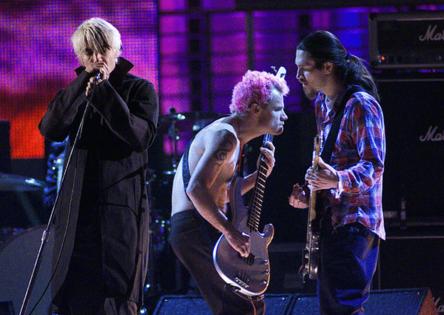 The band will kick off the North American leg of its 2023 world tour with a March 29 concert at Vancouver’s BC Place Stadium. The tour concludes with a May 25 date at Houston’s Minute Maid Park. The band then heads to Europe for 13 additional concerts.

Tickets for all of the band’s 2023 North American tour dates will go on sale to the general public Friday at 10 a.m. local time at redhotchilipeppers.com.

A Live Nation/Ticketmaster presale will begin at 10 a.m. local time Thursday, as will a Spotify pre-sale.

The Peppers’ May 12 concert at Snapdragon Stadium is the only California date on the tour and will also feature The Mars Volta and Thundercat.