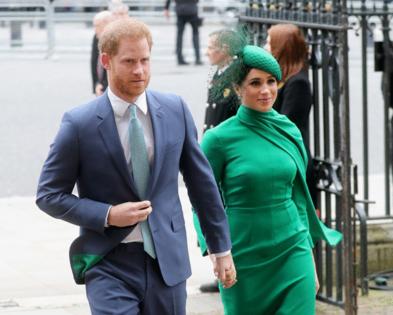 The “Harry & Meghan” documentary series is right around the corner.

An official trailer out Monday teases the scrutiny Meghan faced after marrying into the British royal family.

The docuseries arrives more than two years after Harry and Meghan, the Duke and Duchess of Sussex, stepped down from their senior royal duties and moved to Southern California.

Last year, the couple detailed the challenges they faced in the United Kingdom during an explosive interview with Oprah Winfrey.

During that interview, Meghan, who is biracial, said there were concerns within the palace over “how dark” their first child’s skin would be. Harry later said those conversations didn’t involve Queen Elizabeth or Prince Philip.

Harry says in the new Netflix trailer that he felt “terrified” history would “repeat itself” — an apparent reference to the intense media attention surrounding his mother, Princess Diana, before her death in 1997.

“It’s really hard to look back on it now and go, ‘What on Earth happened?’” says Harry, who married the California-born Meghan in 2018.

Netflix will release episodes 4-6 of “Harry & Meghan” on Dec. 15. The split rollout differs from the streaming service’s typical model of releasing an entire series at once, though it used a similar approach this year for the fourth season of “Stranger Things.”