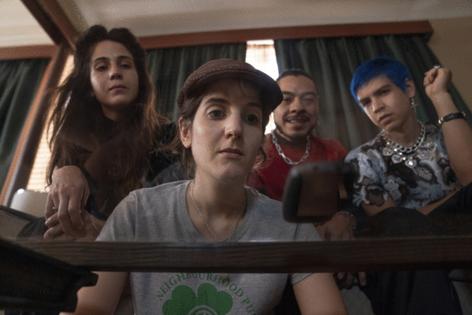 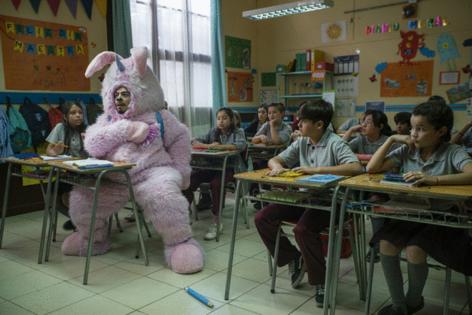 Occasionally there comes along a cultural artifact so peculiar that adequate vocabulary does not yet exist to describe it. That was certainly the case with HBO's "Los Espookys," a program whose narratives so effectively eschewed Hollywood convention that even its authors had a tough time coming up with an elevator pitch.

On an interview on "The Tonight Show" in September, co-creator Ana Fabrega glossed it as "a show about a group of friends who have a business where they stage different types of stunts to people who need it." Fellow co-creator, comedian Julio Torres, explained on NPR that the friends live in "a made-up Latin American country" and "create false, supernatural and horror experiences." When faced with the inevitable what-is-it-about question on "Late Night With Seth Myers," comedian Fred Armisen, who first laid the groundwork with HBO for the series, stumbled a bit, then said it was about friends who "get hired to fool people and scare people."

This is all a bit like saying Shakespeare's "Julius Caesar" is a play about governance. Not technically incorrect, but hardly the full picture.

Watching "Los Espookys" was like slipping down a rabbit hole of the Latin American bizarre: a preposterous fusion of deadpan absurdity, slapstick comedy, telenovela plot twists and Goth aesthetics infused with the surreal and the supernatural. The show was so stubbornly unclassifiable that it appears that HBO didn't quite know what to do with it. On Friday, Deadline reported that "Los Espookys" had been canceled after two seasons.

That is too bad. Because the show was singular in the stories it told and the ways it told them — actively undermining every Hollywood trope about Latinos. Instead of hackneyed plots about gangbangers and maids, "Los Espookys" delivered tales inspired by the Latin American passion for the paranormal — and it did it with panache.

One character contended with a parasitic demon; another rewrote "Don Quixote" word for word. One subplot centered on the brainwashed anchor of a show in the style of "Alarma TV," the sensationalist news programs typical of Spanish-language television (where stories of lurid crimes and improbable monsters are related with grave seriousness by beautiful women in tight dresses). And let's not forget the U.S. ambassador, imagined as a blonde party girl who worked in a Barbie-pink embassy and hoped to one day become ambassador to Miami so she could take "weird meetings with conservative Latins."

Imagine "Scooby-Doo" as written by Jorge Luis Borges and directed by Pedro Almodóvar and you can begin to approximate the vibe.

"Los Espookys" was impossible to describe because it had no equivalent. The show wasn't trying to play straight macabre, nor did it fit neatly into the sitcom mold (either U.S. or Latin American). Instead, it seemed content to inhabit a netherworld in between.

Its closest U.S. cousins might be FX's vampire comedy "What We Do in the Shadows," which wraps supernatural themes around a mockumentary structure, and Netflix's "Wednesday," which reboots the ooky-spooky Addams Family franchise with a largely Latino cast.

"Espookys," however, was not an American comedy with a Latino veneer. The show's architecture draws directly from the conventions of Latin American storytelling, including surrealist literature and rural folklore. The characters inhabited an unnamed place where magic is an unquestioned part of everyday life, where the grotesque informs culture as much as anything beamed in from the U.S., where the humor is deadpan in the face of violence and death.