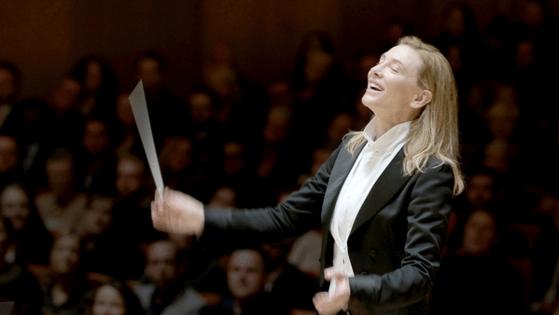 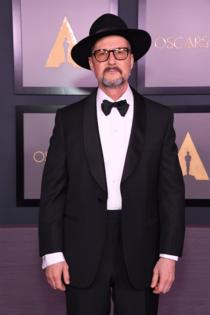 "I hate explaining this stuff."

"Tár" is the first film written and directed by Todd Field in 16 years, so it is understandable that the filmmaker may be a little out of practice in spilling exactly what his work is about. But "Tár" is also a film very much made by its ambiguities, right from the very start as the film's end credits play in full near the beginning.

The film centers around the character of Lydia Tár (played by Cate Blanchett), a fictional composer and conductor who feels far too believably real. An EGOT winner, celebrated by the likes of the New Yorker and NPR, she is on the verge of publishing a memoir titled "Tár on Tár," and completing conducting a cycle of Mahler symphonies, both crowning achievements in her career. It all comes crashing down when years of abusing her power and privilege in ways great and small finally catch up with her.

Field is a three-time Oscar nominee, including nominations for the screenplays for his two previous films as director, 2001's "In The Bedroom" and 2006's "Little Children." For "Tár," he has already picked up a Gotham Award for the screenplay and seven Spirit Award nominations.

In his career as an actor before becoming a filmmaker, Field is perhaps best known for his role as Nick Nightingale, the piano player in "Eyes Wide Shut," the last film made by Stanley Kubrick, who died in March of 1999 only months before its release. Starring Tom Cruise and Nicole Kidman, "Eyes Wide Shut" was met with confusion and a relative rejection when it was released. But over time it's come to be embraced as a complex and beguiling work and even, due to its Christmastime setting, a new holiday classic.

"Tár" includes many shades of Kubrick throughout the film, from its center-focused compositions, seeming demand for repeat viewings and mixture of airtight formality and wild unpredictability. The way in which both Lydia Tár the character and "Tár" the film are so hard to pin down, refusing easy categorization or definition, is exactly what Field wanted. A scene in which Tár excoriates one of her students at Julliard in a way that, depending on a viewer's perspective, makes her a hero or a villain — while questioning the very need for such definitions — encapsulates the strategies of the film.

"That was sort of the point of the film, to have some kind of punching bag for people to be able to fiercely express their feelings about things," said Field. "The one thing that any storyteller will tell you — that it's all good unless someone's indifferent to it. As long as the conversation is hot and lively, that's great. That's what we all hoped for when we were making the film."

Q: The movie opens with an image on a camera phone that the audience has no context for yet, and then what are typically the end credits play out in full. I saw the movie at a public showing and the audience reaction moved from confusion to a palpable annoyance and even anger. What made you want to include the end credits at the beginning of the movie?

Todd Field: It's always dangerous to talk about these things because I think that your ideas evolve. All I can tell you is that my very first line in the script for whatever reason, I didn't think about it, I just wrote "punctuating credits, filling a single black frame one after the other side by side, like players seated on a cramped stage." That's what I wrote. I didn't think about it very much, but I knew at that moment I was hoping to achieve kind of like an overture or a prelude. That idea evolved.

Here's two things. One is we watch movies these days and unfortunately we watch too many of them at home. And when we get to those end credits, they shrink and they fly to the corner, and you scramble for your remote. And if you're someone that works in the business because you want see who worked on the film, and especially if you know your friends worked on the film and who else worked on the film, and you're genuinely curious. And if you're going to credit people, then those credits should count as much as any other credits. Many are the hands that make a film. There are many filmmakers that lock arms together and so just simply speaking, I wanted to recalibrate the viewer's expectations about hierarchy. That's a fairly low-hanging piece of fruit thematically for the film.