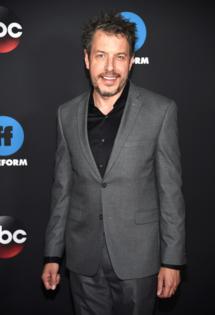 John Ross Bowie is known for everything from “The Big Bang Theory,” where he played Sheldon’s nemesis Barry Kripke, to the harried dad on “Speechless,” to numerous guest roles on “The Neighborhood” and “Veep” and “Grace and Frankie” and “The Rookie.” He’s also the author of a new memoir titled “No Job for a Man,” a phrase his father often used when talking about the acting profession.

“I think he deep down harbored a wish to go into a more creative field,” said Bowie. “He spent most of life working in the paper industry, very similar to what Michael Scott (on ‘The Office’) did, and he didn’t enjoy the job at all. And at one point, he said he would rather get a laugh than a sale.”

Bowie had the same creative aspirations — and fears — as his father, which is why he spent most of his 20s trying other things. He taught at his old high school. Then he had a series of corporate jobs. Then: “A friend of mine had been riding me to try improv classes. It was the strangest nothing-left-to-lose moment: I’m incredibly depressed, let’s go into comedy.” He’s been a working actor since 1999.

As with all careers, Bowie’s has had its low points as well, including his audition for “The Daily Show.”

“This was in 2005 or so. I am working in L.A. and I’m married and we are building a life and we’re talking about kids and buying a house. Both my wife (fellow actor Jamie Denbo) and I had nice little careers eking out a combination of guest roles and writing. These are nice, eclectic L.A. careers. Nobody’s getting famous or fabulously rich, but we’re making a living.

“My dad was an interesting cat because he was a conservative but he loved ‘The Daily Show.’ He watched it all the time and he would tell me how much he enjoyed the work my friends were doing on ‘The Daily Show.’ Most of the time, I would be like, ‘Oh, that’s great — I’ll pass that along.’ But he caught me on the wrong night and he said, ‘You gotta tell Rob Corddry how much I loved this piece he did on the show.’ And I snapped and said: ‘You know what? Rob has his own dad who can tell him that.’

“Rob and I had known each other for 10 years by this point. Dear, dear friend. Best man at my wedding. But my dad just wouldn’t let it go how much Rob was crushing it on ‘The Daily Show.’ So I snapped at him and he hung up on me. We cleared the air a few days later.

“And then literally the next week I got an audition for ‘The Daily Show.’

“And I got into this head space of: This could be huge. I would be on a show my dad watches and would inherently approve of. At the same time, it means moving back to New York City, working in the neighborhood where I grew up. It means either becoming bicoastal or completely upending my life. Bicoastal is expensive and this is a basic cable salary. You’re not making ‘Friends’ money if you’re working on ‘The Daily Show.’