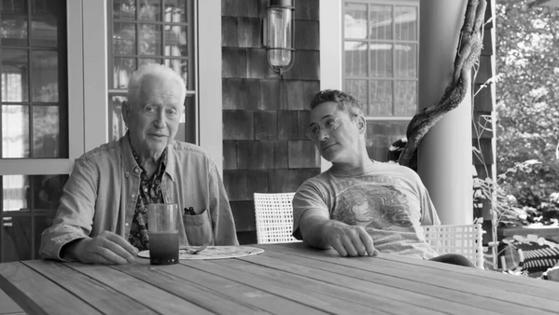 Robert Downey Jr. examines the life of his father, iconoclastic underground filmmaker Robert Downey Sr., in "Sr.," an intimate portrait of aging, parenthood and the way creativity is passed down through generations.

It's not quite warm and fuzzy but it is heartwarming, and Downey Jr. — one of the world's biggest movie stars, but also one of the most guarded — lets his defenses down and gives viewers a rare glimpse into his life and his upbringing.

Downey Sr. — he died in 2021 at age 85, after a battle with Parkinson's disease — was a counterculture creative whose films, including 1969's "Putney Swope" and 1975's "Two Tons of Turquoise to Taos Tonight," were ragtag, low-budget, experimental works that flew in the face of traditional values, both of the societal and filmmaking varieties.

Downey Jr. started appearing in those films early on — at age 5, he made his screen debut in Pops' "Pound" — and his father's influence helped shape his worldview, both for better and for worse. He was exposed to drugs at a very early age, which led him down a dark path that derailed his career and nearly ended his life before his comeback as Tony Stark made him a blockbuster megastar.

Jr. and Sr. have those conversations: open, honest and without filter. Sr., meanwhile, is way too squirrely a figure to let a straightforward documentary be made about him and his life: while participating in the film, he's making his own cut of the film on the side, which gives more insight into his vision, his art and the way he interpreted life.

Director Chris Smith ("American Movie," "Fyre") is able to nimbly balance everything and come up with a portrait of a life — two lives, really — that makes sense on its own terms. Father and son should both be proud.

Rating: R (for language and some drug use)

How to watch: On Netflix Friday