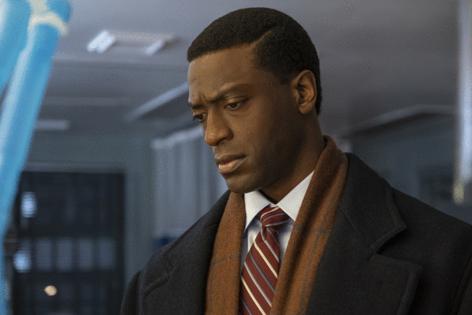 Q: I just saw the last episode of Season 3 of “City on a Hill” with Kevin Bacon, and it had a cliffhanger. Will there be a fourth season of this highly fantastic show?

A: No. Showtime announced in October that the third season of the drama, which also starred Aldis Hodge, is the last. The decision “was quietly made some time ago,” The Hollywood Reporter said in an October story. But there are other places to find the two stars. Kevin Bacon is currently in the very funny “The Guardians of the Galaxy Holiday Special” on Disney+ and, according to THR, will be in the coming movies “Toxic Avenger” and “Beverly Hills Cop: Axel Foley.” Hodge, meanwhile, is on the big screen now as Hawkman in “Black Adam” and on Freevee in episodes of “Leverage: Redemption.” Upcoming projects include Hodge playing Alex Cross in a series adaptation of James Patterson’s character for Prime Video. You may remember Tyler Perry as Cross in a feature film a decade ago.

Q: We no longer see syndicated reruns of “All in the Family” and “Sanford and Son,” even though for years my family and I got a laugh out of them. Have they disappeared?

A: As I have said before, the expanse of TV is so broad, shows may be out there but not in the expected places. Some places I found repeats of “All in the Family” are streaming on Freevee and Pluto TV. “Sanford and Son” is also on Pluto as well as Peacock.

Q: Do you know why “Master Minds” was canceled?

A: Based on a recent note from Game Show Network, it has not been. The network promises a third season of the series beginning Jan. 9 at 6 p.m. ET. Brooke Burns is back as host. For those of you tuning in late, this is how the show works: “Three contestants square off against three trivia Master Minds in multiple rounds of intense trivia competition. The lowest scoring player on each side is eliminated until the top competitor and top Master Mind are left standing and now must face off, head-to-head, in the Ultimate Trivia Challenge. If the contestant can get more questions correct than the Master Mind, they will win $10,000 and come back to challenge the Masters again. If they win two games in a row, they join the ranks of the Master Minds and will appear in future episodes.”

Q: I am wondering why we don’t see “Boston Legal” in syndication anywhere. We really enjoyed that show.

A: The Roku Channel, Hulu and Prime Video all have it. I know some of you are growing weary of hearing that shows you remember on broadcast and cable are now streaming instead. But at least the shows can be found somewhere.

Q: Recently several TV stations have shown a De’Longhi ad featuring Brad Pitt preparing a beverage. During the ad a soothing/haunting tune which appears to be whistled is ear catching. What is the tune, can it be purchased, and if so where?

A: The commercial for the De’Longhi coffee machines is a collaboration between Pitt and director Damien Chazelle (“Whiplash,” “La La Land”). Cinematographer Linus Sandgren and composer Justin Hurwitz, both of whom worked on “La La Land,” also had a hand in the ad. The title I have seen for Hurwitz’s music is “Perfetto,” also the name of the ad campaign according to People. I have not found it for sale so far. You may have noticed that Pitt is following his movie pal George Clooney as a coffee-maker pitchman; Clooney has done ads for Nespresso.