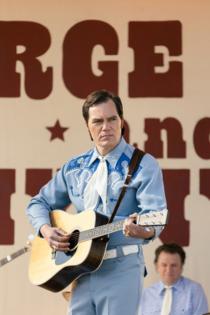 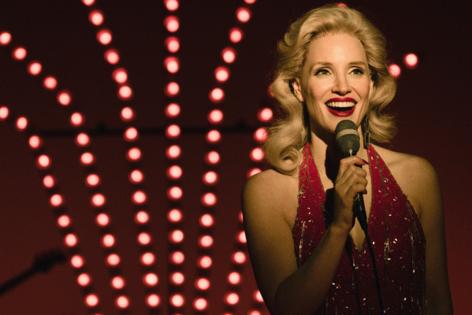 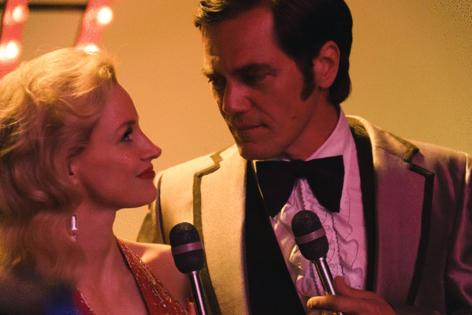 “Stand By Your Man” was the most popular — and debated — song by Tammy Wynette. In “George & Tammy,” the six-part Showtime drama about her short but complicated marriage to fellow country music star George Jones, she sings that famous song twice, first in the recording studio when she’s not fully on board with it yet.

Then she sings it again later, on stage in a Vegas casino, where she’s forced to perform alone because her husband is on yet another bender somewhere, leaving her to pick up the pieces. They didn’t call him No Show Jones for nothing. But the crowd in that casino is not happy; they were promised a double bill of country music royalty. Wynette wins them over with an on-the-fly strategic decision that reveals her canny sense of stagecraft: She scraps her set list and starts with “Stand By Your Man,” and it’s a complicated moment at once bittersweet, ironic, triumphant and deeply, deeply sad.

The limited series starring Michael Shannon and Jessica Chastain is at its best when it uses the couple’s music to make subtle (or not-so-subtle) points about their tumultuous relationship. But that deep sadness? It hangs over everything.

Married in 1969 and divorced by 1975, they both had addictions — Jones was an alcoholic outrunning demons; Wynette would become hooked on pain pills after a botched hysterectomy left her in constant pain. It’s not fair to boil anyone’s life down to the substances that wreaked havoc on their souls, but that’s a dominant theme here, along with their tremendous talent — and their sustained affection and heat for one another.

They had several marriages between them, but their own marriage might have been the least transactional for them both. There’s a flirtatious moment early on, when they’re just getting to know one another, and George says of his current wife’s marital dissatisfaction: “She wanted to be married to George Jones and then one day she woke up and it dawned on her: She was married to George Jones.” Tammy’s other husbands — before and after George — were men who wanted to control her, while also riding her coattails.

Who knows, maybe George and Tammy could have gone the distance if George hadn’t set up residence so persistently at the bottom of a bottle, where he stewed with rage and the ghosts of childhood trauma. But how do you stand by your man when he cannot stand himself, literally or otherwise? We see George soused and locked in a lavatory cubicle at the venue where he’s scheduled to play. His team saws down the door and he’s on the floor, in no shape to perform. Too bad: “Yer on,” someone says and they bind his knees with duct tape to lock him upright before sending him out on stage, where he delivers. The sequence is shot with a handheld camera which gives it a wondrously immersive, You Are There feel. (Abe Sylvia, who previously worked with Chastain on “The Eyes of Tammy Faye,” is the show’s creator; John Hillcoat directs.)

Shannon and Chastain do all their own singing and they’re very good, though I’m not enough of an expert to judge how well they capture the sound of their real-life counterparts. Jones was renowned for a “voice of exceptional range, natural elegance and lucent tone,” the journalist Nick Tosches wrote in a 1994 profile for Texas Monthly, “investing his poison love songs with a tragic gravity and inflaming his celebrations of the honky-tonk ethos with the hellfire of abandon.” Wynette was the first lady of country, or as biographer Jimmy McDonough dubbed her, the Tragic Country Queen: “In terms of a slow, sad song, nobody could rip it up like Tammy. She is just unrelenting.” She could sing in a soft husky tone one moment, and then belt it out a note with such full-throated clarity the next.

I don’t know that most actors could live up to those expectations, but Shannon and Chastain have a vocal presence and appeal all their own as singers. It works. And the beauty of the series is that we get to see them perform so many of these songs in their entirety. Whether they’re sharing a duet or singing individually, this is a project attuned to making each moment on stage, or in a recording booth, feel meaningful.

There is violence in their story, as well. That continued for Tammy even after they divorced. She was stalked, her home was broken into and tagged with graffiti, and she was later kidnapped — which may or may not have happened. Her daughters contend it was an elaborate cover story for the bruises given to Wynette by the man she married after George. That’s how the series depicts it, as well. (Jones and Wynette had several children from previous marriages, but just one daughter together, Georgette Jones, who is a consultant on the show.)

“Happy at home doesn’t make hits,” George says at one point and it’s the canard of the tortured genius. He has no coping mechanisms — or rather, his coping mechanisms are as destructive as the pain he’s trying to numb. Tammy is exhausted by it all and would like someone to take care of her for a change — which is how she finds herself in a new kind of misery by marrying her best friend’s husband, who enables her addiction and maybe puts those bruises on her face.