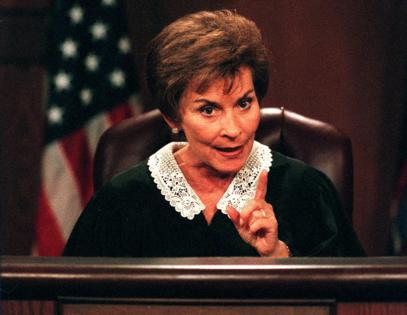 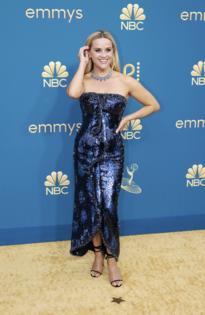 She can do the role justice.

Reese Witherspoon is weighing in on whether she’ll ever make the jump from playing a fictional lawyer to a real life TV judge.

The Oscar winner, 46, on Tuesday told E! News that she is “in” regarding the possibility of playing Judge Judy Sheindlin in a potential biopic.

“She just gives out great information and knowledge and she’s just one of those truly wise people that you want around.”

Witherspoon’s enthusiasm for the potential role comes on the heels of Sheindlin recently calling the “Legally Blonde” star a “fabulous lady,” while remaining lukewarm on the idea of such a film.

“We’re friends and she gets me,” the “Judy Justice” star, 80, said of Witherspoon. “And I think she’s a great actress, and I think she could — if they did, which I would not like — I think that she could carry that off.”

Chances are, if Witherspoon does find herself donning Sheindlin’s gavel and robe, she’ll also have a credit as producer, given the international success of her production company, Hello Sunshine, as well as her own iconic role as Elle Woods in the “Legally Blonde” franchise.

The mammoth company is responsible for producing films like “Wild” and “Gone Girl,” shows such as “Big Little Lies” and “The Morning Show” — both starring Witherspoon — as well as the upcoming “Daisy Jones & The Six,” podcasts and web series.