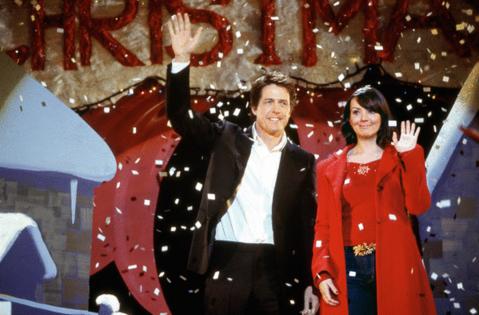 It's that most wonderful time of the year again, when, a full month early, Michael Buble breathes holiday tunes down the neck of every supermarket shopper, the local Christmas tree lot springs from the mulch of the local pumpkin patch and people start getting very heated about "Love Actually."

For some, Richard Curtis' sweet 2003 rom-com collage is as sacrosanct a piece of Christmas canon as "It's a Wonderful Life," "A Christmas Story" or "Elf." Memes and TikTok renditions of the film's iconic moments abound. In 2017, a 17-minute sequel helped raise millions for "Red Nose Day"; a year later, "Love Actually Live" began its annual holiday run.

On Tuesday, Diane Sawyer hosted a special called "The Laughter & Secrets of 'Love Actually' 20 Years Later," in which we discovered, among other things, that notoriously grumpy Hugh Grant did not want to do the memorable dance number and Bill Nighy's casting as the aging rocker, Billy Mack, was a happy accident.

For others, however, "Love Actually" represents all that is wrong with Christmas, cinema, Great Britain and, quite possibly, humanity itself. Over the years, Grinchy critics have expressed bafflement and/or outrage over the film's enduring popularity. It has been called out for the whiteness of its cast, the welter of its plots, the shallowness of its characters and the fact that so many of the relationships involve men in power and the women who work for them.

In 2018, Stephen Marche wrote an essay that appeared to blame "Love Actually" for Brexit.

Such intense and often hyperbolic criticism proves the film's place in the culture even more definitively than the praise, though the praise grows more lavish with each passing year. Who would have thought that a movie that got only fair to middling reviews when it premiered would wind up with a live musical experience and a Diane Sawyer special?

I remember seeing "Love Actually" on a double date to the cineplex, mostly because my husband surrendered to majority rule despite having already seen the film twice. (He was, I believe, writing a profile of Curtis.)

For a man who is not a huge fan of rom-coms and who, until "A Very British Scandal," actively avoided anything starring Hugh Grant, this was as sincere an act of love as any spouse could hope for, which only proved the film's point: Love actually is all around us.

I don't remember exactly when "Love Actually" officially joined the holiday canon, though I do remember discussing it with Curtis myself in 2011 (when "War Horse" debuted), and he was pleasantly surprised.

But ours is now a loyal "Love Actually" family and has been for years. It is the first film my eldest daughter and I watch when we commandeer the living room to wrap Christmas presents; then we watch it again with the rest of the family.