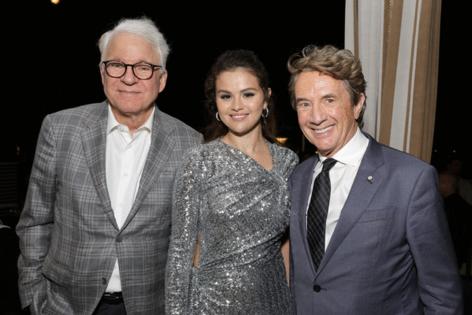 NEW YORK — This season of “Saturday Night Live” will wind down with a trip down memory lane as former cast members Steve Martin and Martin Short co-host.

Dec. 10 will be Martin’s 16th time as host and Martin’s third, after the duo starred together in Hulu’s “Only Murders in the Building.”

Martin’s return to the 30 Rockefeller soundstage follows his two guest appearances earlier this year. He and Martin have made numerous cameos over the years.

“Elvis” star Austin Butler will host the final episode of the year, on Dec. 17. Yeah Yeah Yeahs are booked as musical guest on that date.

The only star to host “SNL” more than Martin is Alec Baldwin, who’s had the role 17 times.