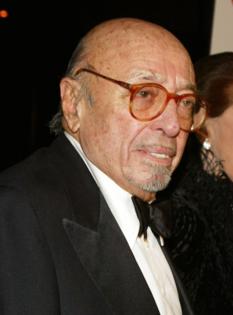 A former music manager has accused Ahmet Ertegun, the late co-founder and longtime chief executive of Atlantic Records, of sexually assaulting her multiple times spanning decades, and she alleges that the record company covered it up.

Jan Roeg filed a lawsuit Monday in New York state court against Ertegun's estate and Atlantic Records, which is owned by Warner Music Group, for sexual assault, sexual battery, negligence and negligent infliction of emotional distress starting in the early 1980s. She seeks monetary damages that would be set during a trial.

Roeg filed the lawsuit under New York’s Adult Survivors Act, which was signed into law earlier this year and went into effect on Nov. 24. The new law allows survivors of sexual assault to sue their abusers even if the statute of limitations has expired. Ertegun died in 2006 at age 83.

Roeg alleged in a 28-page complaint that during her decadeslong working relationship with Atlantic Records, Ertegun groped her, masturbated in front of her and attempted to physically force her to perform oral sex on him while riding in a car together. She said the record company was aware of other instances of alleged sexual assault and harassment at the hands of the former executive, yet failed to act to protect Roeg and other women.

“As Ms. Roeg shows in her Complaint, the ‘sex, drugs, and Rock n’ Roll’ culture in the music industry at companies like Atlantic Records was taken as license by powerful men like Ahmet Ertegun to engage in sexual assault and other abuse of women,” said Lawrence Pearson, Roeg’s attorney, in a statement Monday. “Now, Ms. Roeg and other survivors of sexual assault who in past years were forced into silence due to the threat of retaliation or loss of their careers can get justice under the Adult Survivors Act.”

Warner Music Group and Atlantic Records said in a statement Monday that it takes “allegations of misconduct very seriously.”

“These allegations date back nearly 40 years, to before WMG was a standalone company,” the music company told the Los Angeles Times through a spokesperson. “We are speaking with people who were there at the time, taking into consideration that many key individuals are deceased or into their 80s and 90s. To ensure a safe, equitable, and inclusive working environment, we have a comprehensive Code of Conduct, and mandatory workplace training, to which all of our employees must adhere. We regularly evaluate how we can evolve our policies to ensure our work environment is free from discrimination and harassment.”

Roeg and Ertegun first met in 1983 for a meeting inside an Atlantic Records office to discuss the label possibly signing one of Roeg’s clients, Caspar McCloud. Roeg also managed the high-profile rock bands Bad Company and Lynyrd Skynyrd (and its lead singer, Johnny Van Zant).

During the meeting, while listening to McCloud’s music, one of Roeg’s contact lenses fell to the ground. While trying to retrieve the contact on the floor, Ertegun allegedly walked up behind her and reached his hand up her skirt, the lawsuit said. Roeg yelled and scooted away from Ertegun, who then commented on her legs, the suit said.

Another executive manager at the record company interrupted that meeting.

The lawsuit said Ertegun continued his sexual advances toward Roeg for decades, including other instances of assault throughout the 1990s and into the 2000s.

Ertegun, a Turkish American businessman, was widely credited with helping to shape pop music through Atlantic Records beginning in the 1950s. The label was home to heavyweights such as Ray Charles, Big Joe Turner, Ruth Brown, Aretha Franklin, Led Zeppelin, Sonny & Cher and Crosby, Stills, Nash & Young, among many others.

Ertegun, who also founded the Rock & Roll Hall of Fame in 1983, remained chairman of Atlantic Records until his death from a head injury resulting from a fall.