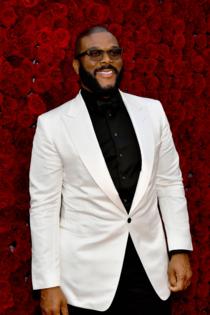 ATLANTA — Atlanta media mogul Tyler Perry has inked deals in the past with TBS, OWN, Lionsgate, Viacom and Netflix. Now he has signed a four-movie deal with Amazon Prime.

“I’m excited and grateful to start working with Amazon Studios to bring movies to Prime Video,” said Perry in a press release. “I’m looking forward to continuing telling unique stories and bringing my next projects to the global audiences that they reach.”

His most recent films were released on Netflix, including the thriller “A Fall From Grace,” comedy “A Madea Homecoming” and the recent “A Jazzman’s Blues,” his first historical fiction drama.

His current TV shows are on Viacom’s BET, BET+ streaming service and Nickelodeon, including “The Oval,” “Assisted Living,” “Bruh,” “Sistas,” “Zatima” and “Ruthless.” He writes and directs all his own shows at Tyler Perry Studios.