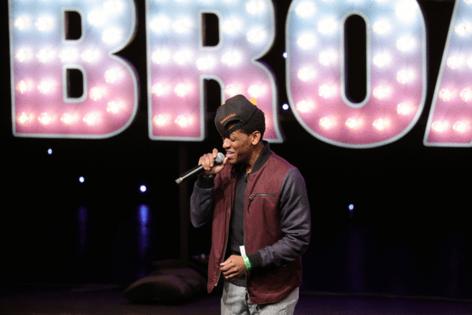 NEW YORK — When the happy-footed Jared Grimes shuffles his way onstage in the hot-selling revival of “Funny Girl” on Broadway, he taps into his own unique history.

More than two decades before Grimes was charming audiences at the August Wilson Theatre, offering stage-rattling visuals to accompany Lea Michele’s stunning soprano vocals, Grimes was tap dancing beside a money hat for commuters beneath the city.

His personal experiences, he said, have come closer and closer to the forefront as “Funny Girl” enters its ninth month, transformed by a summer casting switch up that put Michele in the lead role after Beanie Feldstein left.

Michele, a dynamo who draws long standing ovations for her turn as Fanny Brice, has revived a production that was beset by brutal reviews before Feldstein’s exit. The theater has been near or beyond capacity since Michele arrived Sept. 6.

The show — which is choreographed by Ellenore Scott and Ayodele Casel — can resemble a concert as much as a period piece musical set a century ago.

Grimes is letting his feet go in new directions, inspired a little less by John W. Bubbles and Fred Astaire, and perhaps a bit more by his experiences firing up crowds by the 42nd Street subway station stairs.

“Having more theatrical crowds gives way to, I guess you could say, more theatrical ideas,” said Grimes, who plays the character Eddie Ryan. “Now, with the younger audiences, the more contemporary-feeling audiences out there in today’s shows, there’s a little bit more room for nuance.”

“I can twinkle a teeny bit of 2022 into the early 1900s,” Grimes added. “I can kind of explore and navigate my perspective.”

Grimes, 39, was born in Jamaica, Queens, but relocated to North Carolina at age 6, only to return to the city in his teens to pursue performing arts. ”I’m a country mouse and a city mouse at the same time,” he said.

In high school, he would travel up to the city to perform with William B. Johnson, a bucket drummer who became one of his mentors.