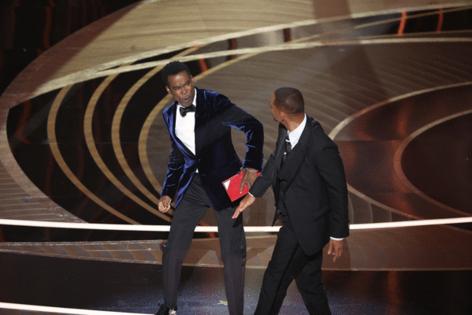 LOS ANGELES — The evening that Tyler Perry is calling one of his “most heartbreaking” happened eight months ago. But the memory is still fresh — and hurtful.

“I felt the pain of the Black people in the room,” Perry recalled. “It was one of the worst feelings I’ve ever had in a room full of Hollywood people.”

Perry, the phenomenally successful filmmaker and head of a massive media empire, was referring to this year’s Oscars ceremony, specifically the jaw-dropping moment at the Dolby Theatre — and on the global telecast — when Will Smith leaped from his seat, went onstage and struck Chris Rock moments after the comedian made a joke about Smith’s wife, Jada Pinkett Smith. Less than an hour later, Smith mounted the stage again, this time making a tearful but awkward reference to the attack as he accepted the lead actor award for “King Richard.”

The incident became the dominant talking point of this year’s Academy Awards, ruining what, up to that point, was a powerful celebration of Black achievement and excellence. The show was led by a Black executive producer and featured two Black female co-hosts, numerous Black presenters and a standout musical performance by Beyoncé, in addition to the crop of Black nominees.

In the aftermath of the event, Smith attempted to explain and apologize for the assault before resigning his academy membership and subsequently being suspended from academy events, including the Oscars, for 10 years. Aside from a few pointed jabs early in his current comedy tour, Rock has defiantly refused to address the event. As a result, much of the initial furor subsided over the spring and summer, reentering the news cycle only occasionally — as when Smith posted an Instagram video addressing the slap in July.

Still a subject of heated debate within the Black creative community, centered on whether Smith should be saluted for standing up for his wife or condemned for striking a fellow Black entertainer, the slap has crept back into focus this fall as both Smith and Rock launch new high-profile endeavors.

Apple Original Films has timed the promotion and release of Smith’s new film “Emancipation” to awards season; the period thriller, which cost a reported $120 million to produce, premieres in theaters on Friday, followed by a Dec. 9 debut on Apple TV+. The film features the actor as an enslaved man embarking on a perilous journey to escape his oppressors and find freedom after Lincoln’s 1863 Emancipation Proclamation.

Rock, for his part, is performing several local dates on his Ego Death World Tour, including a sold-out four-night stand earlier this month at the Dolby Theatre, the scene of the slap. He will appear in a live Netflix concert early next year that will be streamed globally, fueling speculation that he will use that platform to finally talk about the event in detail.

But the buzz behind these projects has also exposed a complicated reality within Black Hollywood: The slap still stings. Only now, the spirited debates that erupted for several weeks following the Oscars have been replaced with a more subdued discomfort, one that is more protected than public.

“We all love Chris Rock, and we all love Will Smith,” said Los Angeles-based photographer Carell Augustus, whose new book, “Black Hollywood: Reimagining Iconic Movie Moments,” features pictures of Black stars re-creating scenes from classic films. “I thought what Will did was unacceptable. It didn’t change how I view his talent, but it did change my perception of him. I thought he should have been apprehended and removed from the Oscars. I’ve had many conversations with actors, writer and directors who feel 100% the same way I do. But they will never go on the record.”