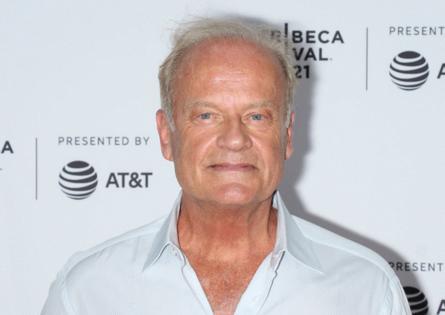 “Frasier” is definitely coming back — but without one of its major players.

The Kelsey Grammer-fronted hit series is set for a revival, but co-star David Hyde Pierce won’t be involved.

The five-time Emmy-winning actor and producer Grammer, who starred as the Seattle-based psychiatrist Dr. Frasier Crane on the hit “Cheers” spinoff for eleven years, confirmed the reboot is fully underway without a couple of beloved characters.

The long-gestating project intended to bring back the original “Frasier” cast members — including Pierce, Peri Gilpin, Jane Leeves and John Mahoney — but that idea didn’t pan out.

John Mahoney, who portrayed the cantankerous patriarch Martin Crane, passed away in 2018.

And Pierce, who starred as Frasier’s psychiatrist brother Dr. Niles Crane, opted out of the series, due to stream on Paramount+ next year.

But it’s all good, he said, while also intriguing die-hard fans of the top-rated, 34-time Emmy Award-winning sitcom NBC aired from 1993-2004.

“In a very funny way, it just took us to a new place, which was what we originally wanted to do anyway, which was a ‘Frasier’ third act,” Grammer said. “It’s an entirely new life for him.”