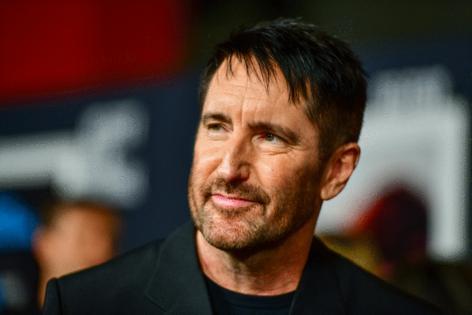 Nine Inch Nails frontman Trent Reznor is ready to fly the Twitter coop, and it seems to be affecting Elon Musk.

The "Closer" singer told the Hollywood Reporter over the weekend that he was about to join the handful of celebrities and stars who are leaving the social media platform since Musk took over at the end of October.

"We don't need the arrogance of the billionaire class to feel like they can just come in and solve everything," Reznor told THR. "Even without him involved, I just find that it has become such a toxic environment."

Reznor added that he does not "feel good" being on the platform anymore. Even though he did not explicitly name the Tesla owner, Musk seemed to take it personally.

On Monday, the SpaceX founder tweeted, "[I]t turns out Trent 'nine inch nails' Reznor is actually a crybaby," in response to a post about the weekend reinstatement of former President Donald Trump's Twitter account.

Replying to Musk, another Twitter user called the tech billionaire a "stupid idiot" and praised Reznor as "one of the best musicians ever." Musk then took another dig at Reznor — who had no part in the Twitter back-and-forth.

"I like his music tbh, but maybe Etsy is more his style," he tweeted, referring to the online crafts marketplace.

Musk took shots at Reznor less than a week after he poked fun at late-night host Jimmy Fallon's concerns over the trending hashtag "#RIPJimmyFallon."

Last Tuesday, misinformation about the comedian's fake death spread on Twitter via memes. Concerned, Fallon called on Musk for help, though he didn't tag him in a way that would trigger a notification.

"Elon, can you fix this? #RIPJimmyFallon," the host tweeted last week.