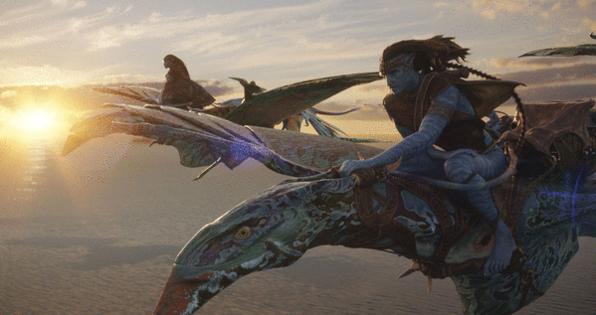 Walt Disney Co.’s "Avatar" sequel has been given a release date in China, according to people familiar with the matter, a boon in a key market for the entertainment giant as it looks to move beyond this week’s management upheaval.

"Avatar: The Way of Water," a follow-up to the 2009 hit movie, was cleared for a Dec. 16 release date, raising the earnings potential for one of Disney’s biggest films of the year. Previous blockbusters were denied entry amid deteriorating relations between China and the U.S. That limited access has weighed on some of Hollywood’s top studios, as box office earnings of some American titles in China could exceed revenue earned back at home.

The "Avatar" sequel is one of the few major tent-pole films from Disney to be granted access to the movie market since the beginning of the pandemic, with recent Marvel blockbusters shut out. Disney had screened footage for executives of China Film Group earlier this year, raising prospects for a release in the country. 20th Century Pictures confirmed the release in a Weibo post.

So far this year, 23 American films have been shown in China, accounting for 10% of total box office sales, the lowest proportion since records began in 2011, according to ticketing platform Maoyan Entertainment. There were 28 American films released in the country last year, accounting for 12% of ticket revenue. More than 50 titles were shown in 2019, for a 32% market share.

China Film Co.’s shares climbed more than 5% on the announcement. The company’s biggest shareholder is the state-owned China Film Group, which is in charge of importing and distributing Hollywood films.

Disney’s most recent film shown in China was "Encanto," which was released in January and earned 76.7 million yuan ($11 million) in box office revenue. Other popular movies have also been previously approved, including "Jurassic World Dominion," "Fantastic Beasts: The Secrets of Dumbledore" and "The Batman." That raises hopes that more Hollywood blockbusters may get the green light.

But the business environment remains uncertain. Disney’s "Black Panther: Wakanda Forever" hasn’t been approved for release in China and "Doctor Strange in the Multiverse of Madness" and "Shang-Chi and the Legend of the Ten Rings" have also been shut out. Paramount’s "Top Gun: Maverick" wasn’t shown as it’s seen as celebrating the U.S. military, while the appearance of a Taiwanese flag on a bomber jacket worn by Tom Cruise’s character also angered many Chinese social media users.

It’s also unclear how much the new film will earn as China’s film market has been hammered by frequent COVID lockdowns that have kept patrons away from cinemas. Move ticket sales in the first 10 months of the year were down 34% from last year and more than 50% below 2019’s takings.

Earlier this year, China gave a rare hint at why U.S. films had found it difficult to get approval for local showings, when a senior official called for filmmakers to show more cultural respect.

The approval for the new "Avatar" film also follows recent efforts by Chinese President Xi Jinping to thaw diplomatic chills, including his first in-person summit with President Joe Biden. The U.S. said the two sides would resume cooperation on climate change and food security issues, and that Biden and Xi jointly chastised the Kremlin for loose talk of nuclear war over Ukraine.

The announcement comes amid a tumultuous week at Disney that saw Bob Iger return as chief executive officer on Sunday after the ouster of his predecessor Bob Chapek. Iger played an instrumental role in Disney’s forging close ties with China during his first tenure, when he opened a $6 billion theme park in Shanghai

The original "Avatar" is the highest-grossing film of all time, and its sequel is one of the most highly anticipated pictures of the year. In September, Disney rereleased the original film in theaters and grossed more than $70 million.

(With assistance from Phila Siu.)