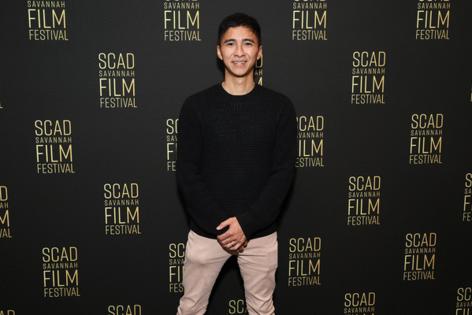 DETROIT — When the world shut down in 2020, New York City-based filmmaker David Siev came home to Bad Axe, the small town in Michigan's Thumb where he was born and raised, and started filming his family.

At first, he wasn't sure exactly what he was documenting. But over a number of months, a storyline began to emerge: about a family sticking together through unprecedented turbulence, about small business owners navigating a global pandemic in rural Michigan, about racism and division in small-town America, and about the promise and prosperity of the American dream.

That movie is "Bad Axe," and after a wave of critical acclaim and success on the film festival circuit, it hit screens nationwide last week.

"I initially had no intention of making a documentary," says Siev, on a Zoom call recently from his apartment in Astoria, Queens, following an extensive coast-to-coast tour with his film. "In those early days, I just sat down with my parents and I wanted to get this oral history of how their restaurant came to be. I thought I was just shooting this footage as a means for research to write a script."

As weeks turned into months, however, the story grew.

The Siev family's Bad Axe restaurant, Rachel's Bar and Grill, closed to in-person dining due to pandemic orders and could only service carryout customers. As the summer came, racial tensions in the wake of George Floyd's killing escalated both nationally and locally and the Sievs, a Cambodian Mexican American family, were targeted in their community for their support of the Black Lives Matter movement.

The filming of the movie becomes a point of contention within the movie, as townsfolk grow suspicious of their portrayal on screen as word of the movie gets out. And the Sievs — mom Rachel, father Chun and their four children — try to balance work, their lives, the political climate in a heated election year, the pandemic and their sanity in an increasingly difficult, stressful and hostile environment.

For Siev, it's a deeply personal work, but it's also one that transcends boundaries of race, class and geography.

"I hope this film really opens up people's eyes in terms of what the American experience is," he says. "I say that in the sense that our family is just as American as any family living in Bad Axe, and our experience is a part of what it means to be American."

Kunis — who on Wednesday was named...Read More