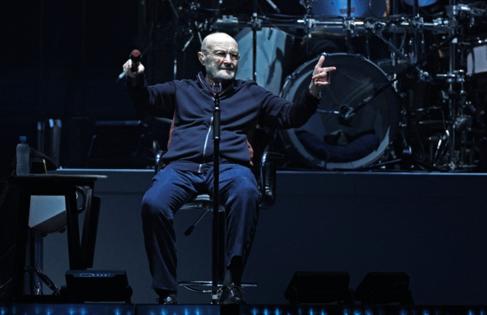 Genesis is selling its song catalog for a reported $300 million.

A deal is expected to be announced soon between the band and the Concord music group, the Wall Street Journal reported Thursday.

That arrangement will reportedly see Genesis and its star Phil Collins part ways with their recordings and publishing rights. The agreement also includes at least some music from Mike + the Mechanics, a side-project started by guitarist Mike Rutherford in 1985.

According to Billboard, the deal encompasses the artist’s share of publishing and recording, which should work out well for Collins, who has enjoyed an exceptional solo career in addition to his successes with the band.

In its 54-years since forming in Surrey, England, Genesis has sold roughly 150 million albums. Songs from their 15 studio recordings include “Man on the Corner,” “Abacab” and “Throwing It All Away.” As a solo artist, Collins had produced hits including “In the Air Tonight,” “Against All Odds,” and “Sussudio.”

It’s unclear how ownership rights held by Peter Gabriel, who was the group’s singer prior to leaving in 1974 and handing that responsibility to Collins, will figure into the arrangement with Concord. Billboard said the massive sale includes all recorded music from that period.

Cashing in on a lifetime’s work has become a common practice in recent years for bands at the end of their run. In 2001, Neil Young sold half his music in a deal that paid $100 million. Bob Dylan unloaded his song catalog for an estimated $300 million. Bruce Springsteen is believed to have ended 2021 by getting upward of $500 million for his recorded and published life in song.

At the time, Eastman School of Music Professor John Covach told the Daily News there probably isn’t one single reason some musicians choose to part ways with their music.

“If I had to guess, I’d think they made a calculated decision that their catalog is at its peak value and they can get more for it now, rather than wait for a generational change,” he said.

There was also a report in June that Pink Floyd is shopping its archives for around $500 million.