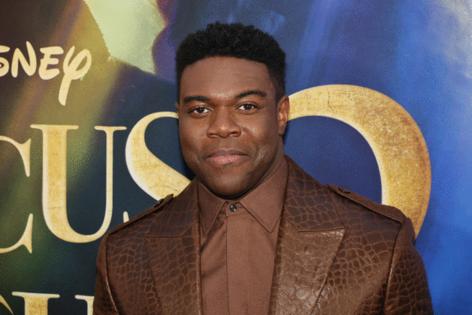 "I've had people dress up as Richard Splett before," says Richardson, on a Zoom call from Los Angeles earlier this week, referring to his character from HBO's "Veep."

More recently, he's had people sending him pictures of themselves dressed up as his characters from the sketch comedy series "I Think You Should Leave," whether it be sparkly gold jackets from the "Little Buff Boys" sketch or sparkly blue jackets from "Baby of the Year." "That's always an iconic level, a stratosphere of being a professional, when somebody's like, 'I love you so much I want to be you for Halloween,'" he says.

Now the native Detroiter (and former star of "Detroiters") is entering the Halloween canon himself with his role in "Hocus Pocus 2," the sequel to the 1993 family favorite, in which he plays the owner of a magic shop and a devoted admirer of the Sanderson sisters, the trio of witches played in the original (and once again) by Bette Midler, Sarah Jessica Parker and Kathy Najimy. The movie is now streaming on Disney+.

Richardson had a leg up in prepping for the role, being that he was already a major fan of the original "Hocus Pocus," the Disney comedy which was considered a moderate commercial disappointment at the time of its original release but has since gained a sizable cult following.

Richardson says he had the VHS tape of the movie as a child and later the DVD as an adult.

"There's no hyperbole when I say I'm a superfan of this movie," says the 38-year-old. So when he got the phone call to be in the follow-up, "it was without question, a thousand and 10 times over, yes," he says.

The Disney sequel — he had already worked with Najimy on "Veep," but when meeting Midler and Parker he says he had to keep his fandom in check — is the latest step in the continuing ascent of the former Wayne State University student and 2002 graduate of University of Detroit Jesuit High School and Academy, who grew up shuffling between Detroit and his mother's home country of Ghana.

Richardson, who studied theater in high school and later at Wayne State, got his start in comedy at the Second City Detroit in the early '00s and then followed the Second City path to Chicago.

He eventually moved to Los Angeles and started making inroads in show business, and received his break after joining the cast of "Veep's" third season in 2014.