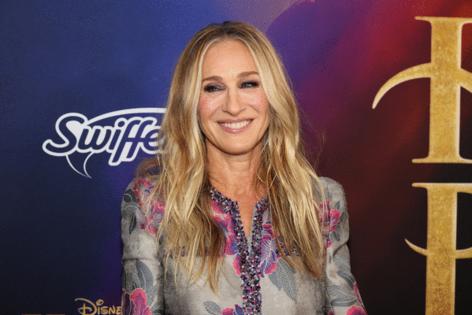 Sarah Jessica Parker's family has announced the death of her stepfather, Paul Giffin Forste, a day after the actor missed the New York City Ballet's annual fall fashion gala, reportedly due to a family emergency.

Forste — who married Parker's mother, Barbra Forste, in 1969 — died Wednesday at age 76 after an "unexpected and rapid illness," according to a family statement provided Thursday to the Los Angeles Times.

"In his last moments he was surrounded with the love and gratitude of his adored wife Barbara of 54 years, and children, including Sarah Jessica Parker," the statement read.

"Paul will be remembered with the spirit of loving kindness which was his faith, his special delight in his 13 grandchildren, and his sustained belief in making the world a more charitable, tolerant, and beautiful place for all."

On Wednesday, Page Six reported that the "And Just Like That..." star did not attend the New York City Ballet's fall fashion gala as planned. Parker is the vice chair of the dance company and was set to be honored at the event, which reportedly attributed her absence to a "sudden devastating family situation."

The night before the gala, Parker attended the New York premiere of the highly anticipated sequel to "Hocus Pocus," which begins streaming Friday on Disney+. Parker was joined at the screening by co-stars Bette Midler and Kathy Najimy, who also reprised their witchy roles from the 1993 cult classic.