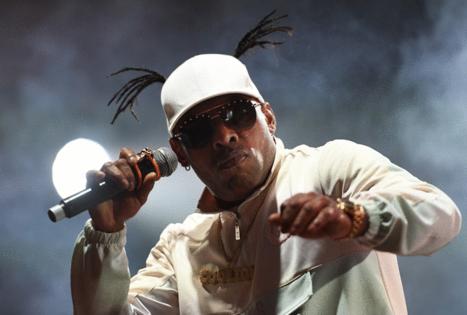 "A life cut entirely too short," Pfeiffer captioned an Instagram video posted Wednesday evening. "As some of you may know I was lucky enough to work with him on Dangerous Minds in 1995. He won a Grammy for his brilliant song on the soundtrack — which I think was the reason our film saw so much success."

The rapper was found unresponsive on the bathroom floor at a friend's house, manager Jarez Posey told TMZ, which first reported the news. No official cause of death has been determined, but cardiac arrest was suspected, Posey told the website.

In confirming Coolio's death to the Los Angeles Times on Wednesday, manager Sheila Finegan said no further details were being released at this time.

"I remember him being nothing but gracious," Pfeiffer added. "30 years later I still get chills when I hear the song. Sending love and light to his family. Rest in Power, Artis Leon Ivey Jr."

In "Dangerous Minds," in which Pfeiffer starred as ex-Marine-turned-high school teacher LouAnne Johnson, Coolio's "Gangsta's Paradise" backed the dramatic black-and-white opening sequence. The song, off Coolio's sophomore album, earned a nomination for record of the year and won the award for rap solo performance at the 1996 Grammy Awards.

Scenes from the movie made their way into the official "Gangsta's Paradise" music video, including scenes of Pfeiffer.

"This is sad news," Ice Cube wrote on Twitter. "I witness first hand this man's grind to the top of the industry. Rest In Peace @Coolio."

Coolio is survived by 10 children. He was married only once, to Josefa Salinas. They divorced in 2000.