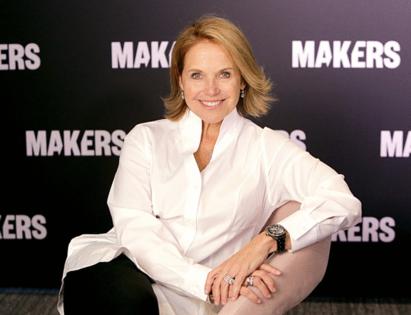 Katie Couric revealed Wednesday on social media that she was diagnosed with breast cancer in June.

On her website, the veteran broadcast journalist and podcast host shared an essay detailing her treatment so far and urging readers to get their annual mammograms.

"Every two minutes, a woman is diagnosed with breast cancer in the United States," Couric, 65, wrote on Instagram.

"On June 21st, I became one of them. As we approach #BreastCancerAwarenessMonth, I wanted to share my personal story with you all and encourage you to get screened and understand that you may fall into a category of women who needs more than a mammogram."

In recent months, Couric said, she has undergone a lumpectomy and radiation therapy — the treatment recommended for her Stage 1A cancer diagnosis. She completed her final round of radiation on Tuesday.

"I was warned that I may be fatigued and my skin may turn a little pink," the former "Today" anchor wrote in her essay. "My left breast does look like I've been sunbathing topless, but other than that, I've felt fine."

Initially, the "Next Question" podcast host had intended to record her routine mammogram and breast ultrasound for her audience — similarly to how she aired her colonoscopy on NBC's "Today" show in 2000 and influenced others to get the exam, she explained. But when her doctor returned with the results, she asked Couric's film crew to cut the cameras.

Her physician had discovered a mass that — after a biopsy — was confirmed to be a tumor. Couric received her diagnosis via phone during her first day back "in a very long time" at the Katie Couric Media office.

"I felt sick and the room started to spin," she said.

"I walked to a corner and spoke quietly, my mouth unable to keep up with the questions swirling in my head. What does this mean? Will I need a mastectomy? Will I need chemo? What will the next weeks, months, even years look like?"