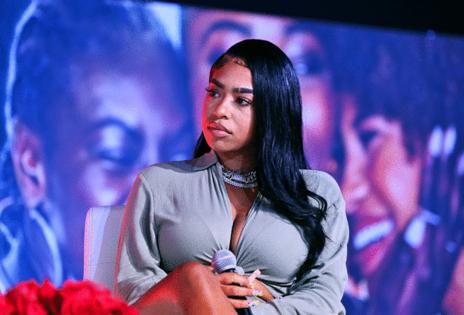 ATLANTA — While streaming seems to be taking over the world, Bounce TV, an Atlanta-based broadcast network tailored to Black audiences is quietly building its line up of original programs.

Its latest effort is a comedy “Finding Happy,” which stars Atlanta-based comic and social media influencer B. Simone as Yaz Carter, who on her 36th birthday finds herself super unhappy. She feels stagnant at work as an assistant to the boss at a small Atlanta media company. Her wishy-washy boyfriend of a year skips out on her birthday. She feels her biological clock ticking.

So when her mom holds a big birthday party for her against her wishes, Yaz’s dark mood gets darker. When a baby-shaped cake meant for a baby shower shows up, she loses her mind and starts throwing cake everywhere. The tantrum goes viral. This triggers her own desire to get her life together and “find happy,” so to speak.

Then Yaz finds out her new boss is a former college squeeze. Will they rekindle that old spark? Can she find a way to move up the ranks?

The network is definitely zigging while others are zagging. It’s debuting the show at 8 p.m. ET Saturday. (”Finding Happy” will be available on the subscription-based Brown Sugar streaming app as well.)

“I grew up watching John Hughes movies like ‘The Breakfast Club’ and ‘Pretty in Pink,’ ” said Kendra Jo, the showrunner and writer of all 10 episodes. “I really loved that era of storytelling. I really want to show Black people just being every day people, how we go to the store or church or work. We’ve suffered a lot in this country with Black trauma. Every time you turn around, oh my goodness, we need to laugh. I feel like that can be revolutionary.”

She hopes Yaz and her friends and family are relatable, that the situations she places them in connect with viewers. She wrote many of the characters based on her own circle of people she knows.

“Yaz is a Black woman who hasn’t found her magic yet,” Jo said. “There’s a lot of pressure to have Black Girl Magic. Some of us haven’t figured it out and that’s okay. She may not be hitting all her marks but she wants to. There’s something about her that’s endearing. She loves her family. She loves her cousin who is like her sister.”

At the same time, Yaz sees people on social media having kids and families and she feels despair. And at work, she wants to be a radio host but is stuck at a low-level job due to lack of confidence. She also has a tendency to worry too much about what other people think.

Simone, who has never been a lead in a series before, embodies her insecurities as well as her charming attributes. “She was our Black Lucille Ball,” Jo said. “She was great with the physical humor.”

"Lyle, Lyle, Crocodile" is not here to stress out your kids.

Landing in theaters this week, the movie — about a friendly croc, voiced by pop star Shawn Mendes, who can sing (but not talk) and stemming from the 1965 ...Read More

NEW YORK — Christian Bale and Robert De Niro’s new movie shines a spotlight on little-known American history — including the unsung heroes of a New York regiment who served during World War I.