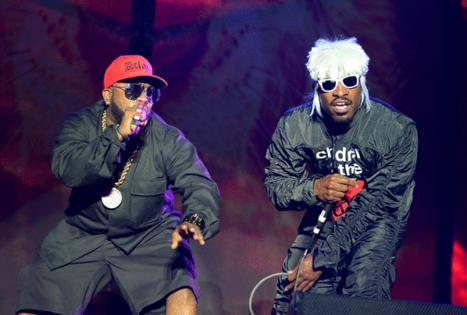 Rockabye Baby, which has been releasing lullaby versions of popular music for 16 years, is now releasing an album of 14 covers of some of Atlanta-based duo OutKast’s biggest hits.

“There is nothing and no one like OutKast,” said Lisa Roth, CMH Label Group vice president and creative director and creator of Rockabye Baby. “From their genre-defying mix of rap, funk, jazz and rock deliciousness, to their high concept videos and outlandish fashion, Andre ‘Andre 3000′ Benjamin and Antwan ‘Big Boi’ Patton are true originals and one of the greatest rap duos of all time... OutKast has left an indelible and inimitable imprint on all of pop music, and we sincerely couldn’t be more excited about this particular release.”

Here is the “Lullaby Renditions of OutKast” track listing:

5. Land of a Million Drums

Little is still what it seems at another White Lotus resort halfway across the world, certainly souring la dolce vita for the fabled hotel chain’s latest round of guests.

The trailer for the Emmy-winning series’ ...Read More

CHICAGO — Harry Styles has postponed his first concert in Chicago at the United Center, according to posts on social media, due to illness among the band and crew.

A tweet by the United Center shortly before 3 p.m. ...Read More

The Judd sisters are not fighting over mother Naomi Judd's will, Wynonna Judd insisted in a new interview.

In the latest issue of People magazine, the country musician strongly denied rumors of a family feud brewing over ...Read More