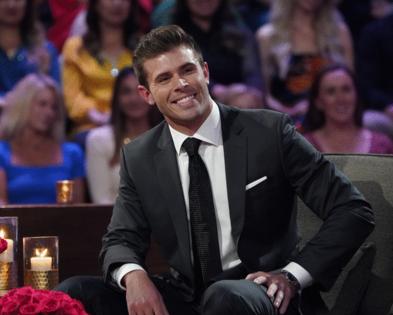 During the Tuesday finale of its historic "Bachelorette" season that featured two leads instead of one, ABC confirmed that Shallcross will be the next (and only) eligible star looking for love when the "Bachelor" returns for its 27th season on Jan. 23, 2023.

Twitter met ABC's announcement of the tech executive with divisive reactions, with some users questioning ABC's "bland" choice and other users supporting Shallcross on his second go with the "Bachelor" franchise. Regardless, Shallcross will usher in a new chapter of the "Bachelor," with previous experience to draw from.

"What I learned from that experience was that it didn't change how ready I was," he said on Tuesday. "I am now more ready — that's almost fuel to the fire. I'm ready to find my person. My best friend."

Shallcross is a former football player who graduated from the California Polytechnic State University with a degree in business administration in 2019. According to his Instagram page, he has two sisters and was born in July. For Zodiac-heads, that means Shallcross is a Leo.

Here's what else we know about the incoming "Bachelor" star.

Shallcross bonded with bachelorette Rachel Recchia (who led the season, along with Gabby Windey) over their childhood memories. He was one of the season's front-runners, but his romance went south in more ways than one.

A week after Recchia visited her suitors' hometowns, Shallcross was among the final men traveling to Mexico for the season's final episodes. While there, he and Recchia spent their day tasting tequila, shopping and doing a tarot card reading. But things took a turn after Recchia invited her suitor for an overnight date.

Shallcross said that behind closed doors, he and Recchia discussed "religion, politics" and spoke about their commitment to each other ahead of a possible engagement. He added that Recchia kept questioning whether he's ready for "marriage at this early of an age."