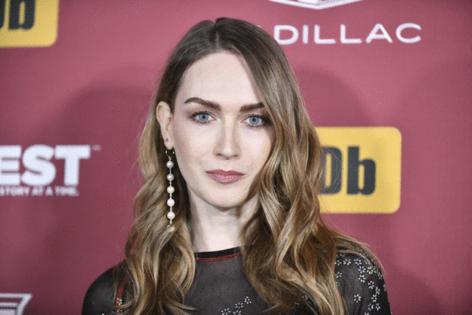 LOS ANGELES — After more than a decade of starts and stalls, the first look at Hulu's remake of the classic horror "Hellraiser" film franchise is here, revealing scenes of both pain and pleasure.

The trailer begins much like the opening of the original film, with the reveal of a mystical puzzle box that when solved, summons a group of sadomasochistic demons from hell, known as Cenobites.

After shots of invisible chains dragging away a young, unwitting man who solved the puzzle box, we see the box fall into the hands of a new character, Riley, played by Odessa A'zion ( "Fam," "Grand Army"). Riley is a young woman who is "struggling with addiction and compulsive behavior, that comes in contact accidentally with the box and unfortunately begins to dabble with it," director David Bruckner told Entertainment Weekly.

"It opens up, and it cuts you," Riley says as her finger dips into the box. "And then they come to collect."

"They," meaning the Cenobites, and the reveal of the series' most iconic character, the lead of the pleasure-thirsty demons, which fans, cast and crew of the original dubbed "Pinhead," due to the metal pins sticking out of its face and head, seemingly holding together its pale, filleted chunks of skin.

Doug Bradley performed the role for the original film and most of its sequels and was originally considered for the Hulu reboot. But Jamie Clayton, known for starring in the Wachowski siblings' Netflix original series "Sense8," landed the role.

"We felt a kind of anticipation around the fans to reimagine the character," Bruckner told EW of the decision to cast Clayton, a trans woman and queer icon.

The Pinhead character and the Cenobites were inspired heavily by queer kink culture, including S&M clubs in England and New York, which Clive Barker — writer and director of the original films — frequented while working as a sex worker in the 1970s, Barker told the Guardian in 2017. The ideas of pain and pleasure are woven deeply in the franchise, Barker said.

"We knew we wanted Pinhead to be a woman. Jamie was just the right person for the role. A person's identity can be really exciting for a role in many ways, but I have to emphasize that Jamie absolutely killed; that's how we got there," said Bruckner, who also directed 2020 psychological horror "The Night House."

The teaser first shows an obscured and blurred shot of Clayton's Pinhead as we hear her voice, promising "greater delights," and in return, asking for blood and pain. Then, as the reimagined icon comes into focus with her dark, piercing, computer-generated eyes, Clayton's character offers a chilling, parting line — "What is it you pray for?" — as chains whip forward and grab another screaming victim.

Although the reboot promises to breathe new life into the classic franchise, it will also lean heavily on the original source material, Barker's 1986 novel, "The Hellbound Heart." Barker is also behind the "Candyman" horror series. Bruckner rejects the "remake" label, calling the film "a new story in the 'Hellraiser' universe."

The "Hellraiser" trailer's release comes amid a slew of upcoming horror films and series in advance of Halloween. On the same day of the release this week, Netflix dropped a trailer for Mike Flanagan's latest series, "Midnight Club," which follows a group of terminally ill young adults living in a hospice who promise that whomever dies first will communicate with others from the afterlife.

Hulu's "Hellraiser" is set to premiere Oct. 4 at Beyond Fest at a sold-out showing in Santa Monica's Aero Theatre. It will begin streaming on Hulu on Oct. 7.