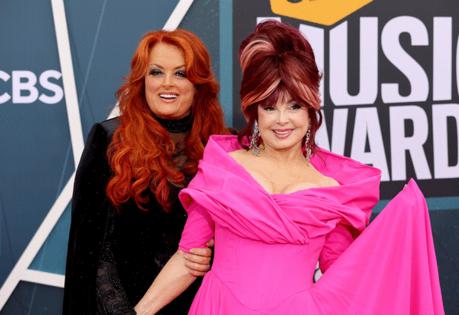 “I got the call, and I went over, and I saw her and that was that,” the country singer, who along with her mother made up The Judds, told “CBS Sunday Morning” in an interview set to air this weekend.

“I said goodbye to her in the hospital, and I closed her eyes, and I kissed her forehead and that was that. And the next thing I know, I’m sitting here on the front porch, on the side porch… you know, and I’m just trying to figure out what’s next.”

Naomi Judd, 76, died from a self-inflicted gunshot wound on April 30, a day before she and Wynonna were to be inducted into the Country Music Hall of Fame.

Daughter Ashley Judd, Wynonna’s sister, previously said she wanted to use her mother’s death to bring awareness to mental illness.

“I did not know that she was at the place she was at when she ended it because she had had episodes before and she got better,” Wynonna Judd told CBS.

“And that’s what I live in, is like, ‘Was there anything I should have looked for or should I have known?’ I didn’t. That’s why it’s such a shock.”

“Fresh Off the Boat” actress Constance Wu has come out about being raped in her 20s, relating the incident in a powerful essay Monday.

It happened on a second date with “Ty,” an aspiring novelist who invited her ...Read More

Model, cookbook author and pregnant mother of two Chrissy Teigen said two weeks ago that she had come to realize a terminated pregnancy she called a miscarriage in 2020 was, in fact, an abortion.

Dead and Company, the immensely popular jam-band offshoot of the Bay Area’s legendary Grateful Dead, is calling it quits.

But, thankfully, not before hitting the road for one more summer tour.

Maroon 5, that upcoming Las Vegas residency of yours is absurd.

Just a week after frontman Adam Levine was embroiled in a cheating scandal involving Instagram model Sumner Stroh and other women, Maroon 5 announced its ...Read More

LAS VEGAS — During his Vegas production, Luke Bryan walks across The Theatre at Resorts World catwalk.

Check that. He actually grooves across that metal platform. It is my favorite moment in the show. It’s Bryan’s, ...Read More

"Stranger Things" actor Caleb McLaughlin recently opened up about the racism he has experienced while starring in the hit Netflix series.

At Heroes Comic Con in Belgium, McLaughlin spoke Sunday about how fans of the show ...Read More