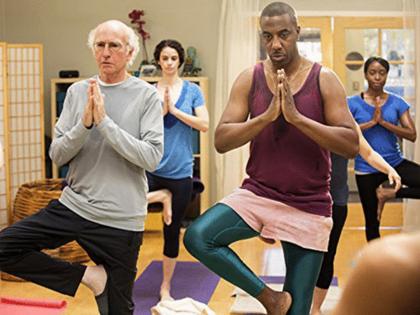 Q: There are so many interesting and hilarious characters in television series and I'm wondering how much of it is the actor's interpretation of what the script writers came up with. Or are they given a basic blueprint and then let loose with it. I'm thinking of characters such as Klinger on “M.A.S.H."

A: It depends on the show, the actors and who’s in charge. “Curb Your Enthusiasm,” for example, reportedly allows a lot of improvisation. And anyone working with Robin Williams in his comedic prime knew how he could take off in a scene. Jamie Farr, who played Klinger, brought some of himself to the role (such as both being from Toledo, Ohio). But that was also a case where the writers were so good, why not trust whatever they come up with? To be sure, some actors are in charge of their characters (Roseanne Barr is one who comes to mind). At the same time, there are writers who are as much or more influential. One actor told me about a writer so unbending that his lines had to be said exactly as written – including every “uh” and “ooh" on the page.

Q: With various “Cinderella” versions available, why don’t we ever see the 1965 one with Lesley Ann Warren as Cinderella?

A: As I have said before, finding shows depends on where you look, and these days searches have to go far beyond traditional broadcast and cable. For example, the musical “Rodgers and Hammestein’s Cinderella” starring Warren is available on Tubi, Vudu and YouTube. You can rent it for a fee on Prime Video. And it has been released on DVD (which you may be able to borrow from your local library).

Q: John Gary was a wonderful, talented ballad singer from the '70s. I was one of his biggest fans, and he even had his own TV show at that time. I know he passed away some time ago and here’s my question: you never hear his songs on the radio and when watching shows that bring back groups and/or other singers from that era there is never a mention of him. What gives?

A: For those tuning in late, John Gary (1932-1998) was a popular singer in the adult-contemporary style for many years, recording almost 50 albums and often appearing on stage, radio and TV, including in his own TV shows in the mid-to-late ‘60s. One measure of his status is that — according to the Chicago Tribune — Perry Como, Johnny Mathis, Liza Minnelli and Henry Mancini were among the performers at a 1991 fundraiser for Gary’s cancer treatment. I can’t explain why he’s not on your radio stations — and it may well be that there are ones out there which play him — but he has not vanished. You can still find CDs of his music for sale, and I have seen his recordings listed on the streaming services Spotify and Pandora.

Q: What is Lani Misalucha doing these days? She was a top singer and entertainer when living in the Philippines and the same when she performed in Las Vegas. She sings pop, opera, country, Hawaiian music and more.

A: She is still performing. She had a gig set at a California casino this month, and said on Instagram that the show would have “a lot of fresh new songs, new medleys … (and) a whole new band.” She had to cancel that show due to illness — not COVID, she said — but plans to reschedule. You can also keep up with her on Facebook.

Q: I watched a movie some years back, and I can't recall the name. I thought the actor was Bruce Dern, but that doesn't seem to be the case. In the movie the actor went through a divorce, lost/changed his job and his father passed away. During this time his siblings kept coming to him for help, advice and direction. The famous line (to me) was "I don't want to be the daddy anymore.”

A: That was indeed a Bruce Dern movie from 1980, called “Middle Age Crazy.” It was inspired by a Jerry Lee Lewis song of the same name. I enjoyed it, but reviews were mixed, and Dern lamented what he thought was lackluster distribution to theaters.

There should be a word for a surprise that isn't really a surprise. An unprise? A surplunk?

Whatever the word is, that's happening in "Don't Worry Darling," Olivia Wilde's follow-up to her terrific "Booksmart." It's a big...Read More

Shakira says Spanish tax collectors “started to salivate” when they saw she was dating soccer star Gerard Pique, a native of Barcelona. And she says those authorities are completely in the wrong regarding $16 million ...Read More

On Thursday, the network announced that Jake Tapper will move to the 9 p.m. ET hour starting Oct. 10 and through the midterm elections...Read More

After delivering a rousing speech highlighting her tenacity in the face of adversity, Taylor Hale made history Sunday as the first Black woman to win a non-celebrity edition of “Big Brother.”