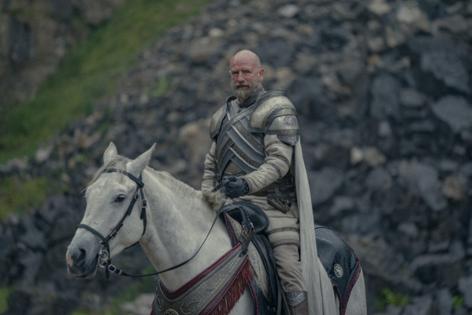 When the 73rd and final episode of “Game of Thrones” premiered on HBO in May 2019, the fan reaction was ... mixed at best. After investing years into the world of Westeros and witnessing countless bloody betrothals, backstabbings and beheadings, viewers were left a little unsatisfied with who ascended to the Iron Throne.

But that’s all in the past now, right? On Sunday, the new spinoff series “House of the Dragon” will debut, giving “Game of Thrones” devotees a new cast of characters to fall in love with — and more than likely mourn as they face gruesome deaths.

The prequel series will take place 200 years before the events of the original show, and is based on the 2019 book “Fire & Blood” by George R.R. Martin. The story will surround the history of House Targaryen — a history that came to a sudden (and controversial) end in “Game of Thrones.”

With all the baggage that comes with that show’s series finale, how are fans feeling before devouring a new batch of episodes? If Twitter is any indication, expectations are about as high as a dragon can fly.

The ‘House of the Dragon’ hype is real

HBO released the first trailer for “House of the Dragon” less than a month ago, and ever since there has been a mountain of think pieces, podcast dissections and more. As is expected, social media is already flooded with fan accounts picking up on the smallest (and coolest) details of the little footage we’ve seen so far — including the costumes.

One of the best parts about watching along live with a culturally relevant TV show is being able to bask in the Twitter reactions right after watching the newest episodes. This was a major highlight of watching “Game of Thrones.” Well that, and coping with the showrunners’ crash-landing on the finale.

Other successful shows like “The Mandalorian,” “Breaking Bad” and “Succession” have also achieved a high-level of Twitter feedback-loop fun, and plenty of fans are already readying their sassy posts for Sunday.

To put it simply, yes.