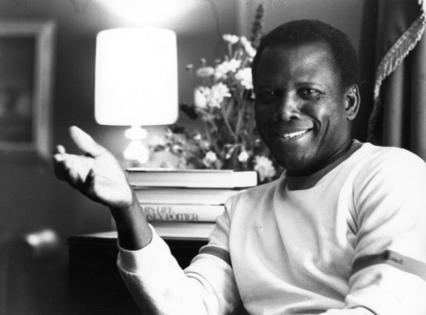 The first trailer for Oprah Winfrey’s forthcoming documentary of late, great actor Sidney Poitier is out — and it tugs at the heartstrings.

In one excerpt from the clip, the media mogul breaks down in tears when discussing the Hollywood trailblazer she considered a close friend. “That’s the summary of him, I love him so much,” she says.

Directed by Reginald Hudlin, “Sidney,” explores Poitier’s journey from his early life in the Bahamas to becoming a movie pioneer and civil rights activist.

“I left the Bahamas with this sense of myself,” Poitier said in an interview. “And from the time I got off the boat, America began to say to me, ‘You’re not who you think you are.’”

“Sidney” features interviews with Morgan Freeman, Barbra Streisand, Spike Lee, Denzel Washington, Halle Berry, Robert Redford and Lenny Kravitz, among others — as well as Poitier himself, filmed before his passing on Jan. 6 at age 94.

Poitier became the first Black man to win an Academy Award for best actor in 1964 for his role in “Lilies of the Field.” He also starred in films including “A Raisin in the Sun,” “To Sir, with Love,” “Guess Who’s Coming to Dinner” and “In the Heat of the Night.”

Throughout his career, he fought back against racist stereotypes with his film roles. “There was a habit in Hollywood of utilizing Blacks in the most disrespectful ways,’ he said. “I said, ‘I cannot play that.’”

“Sidney” will premiere in select theaters and on Apple TV+ on Sept. 23.