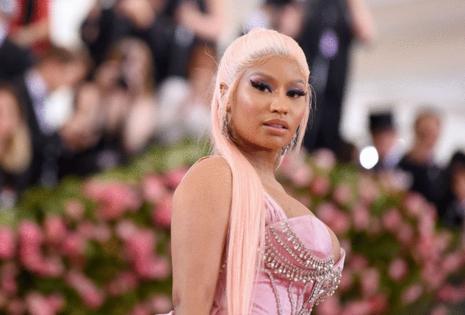 Top hip-hop stars — including two from New York — are ready to strike a chord at the MTV Video Music Awards.

Harlow, Minaj and LL Cool J will announce key moments at the Aug. 28 ceremony at the Prudential Center, with organizers calling the format “more innovative and unique” than a traditional host. Last year’s VMAs were hosted by rapper Doja Cat.

Minaj was previously announced as the recipient of this year’s Michael Jackson Video Vanguard Award to commemorate her career achievements, while LL Cool J received the honor in 1997.

Harlow’s seven nominations are tied for the most at the ceremony and include artist of the year and video of the year for “Industry Baby,” the chart-topping hit he released with Lil Nas X. Kendrick Lamar and Lil Nas X are also nominated for seven awards apiece.

The 39-year-old Minaj is a five-time VMAs winner out of 17 nominations and is known for hits such as “Superbass” and “Anaconda.”

“Nicki has broken barriers for women in hip hop with her versatility and creative artistry,” Paramount executive Bruce Gillmer said last week in announcing her as the Video Vanguard Award recipient.

“She has shifted the music industry and cemented her status as a global superstar with her crossover appeal, genre-defying style and continuing to be unapologetically ‘Nicki.’ "

Minaj — who is nominated this year in the best hip-hop category for “Do We Have a Problem?” — and Harlow are both set to perform at the show.

Lizzo, Ed Sheeran, Bad Bunny, Harry Styles, Drake and Lil Nas X are each up for artist of the year, while Taylor Swift is nominated for video of the year for “All Too Well: The Short Film,” which she wrote, directed, produced and stars in.

The show begins at 8 p.m. ET and will air live on MTV and sister networks including MTV2, VH1 and BET.