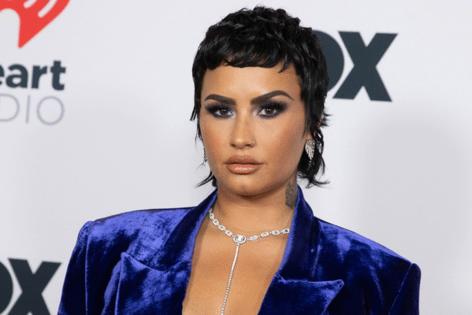 Demi Lovato's latest single, "29," was released Wednesday, but even before the full song was out, it had already made quite a splash online.

Lovato, who uses she/her and they/them pronouns, initially shared a snippet of the track on her TikTok account earlier this month. Soon enough, Lovato's fans connected deeply to the song's emotional lyrics and made it an anthem about older men "grooming" teenage girls.

Fans have speculated that the song is a swipe at Lovato's ex-boyfriend Wilmer Valderrama, the actor Lovato dated on and off from 2010 to 2016. They met when Lovato was 17 and Valderrama was 29, but Lovato has said they didn't start dating until she was 18.

The TikTok account @demisculture used audio of the song to create a video that pointed out the 12-year age gap between Lovato and Valderrama; it also highlighted several of Valderrama's other relationships.

The video noted that the "That '70s Show" star dated Mandy Moore when he was 20 and she was 16 and claimed that he was in a relationship with Lindsay Lohan when she was 17 and he was 24. (Lohan was 18 when they went public with their relationship.)

That same video incorrectly said Lovato and Valderrama started dating when she was 17.

In 2015, after celebrating three years of sobriety, Lovato said Valderrama played an important role in her recovery.

"After sharing my ups, putting up with my downs and supporting my recovery... he still never takes credit and I want the world to know how incredible his soul is," Lovato wrote in a now-deleted Instagram post. "I really wouldn't be alive today without him.... I love you Wilmer."